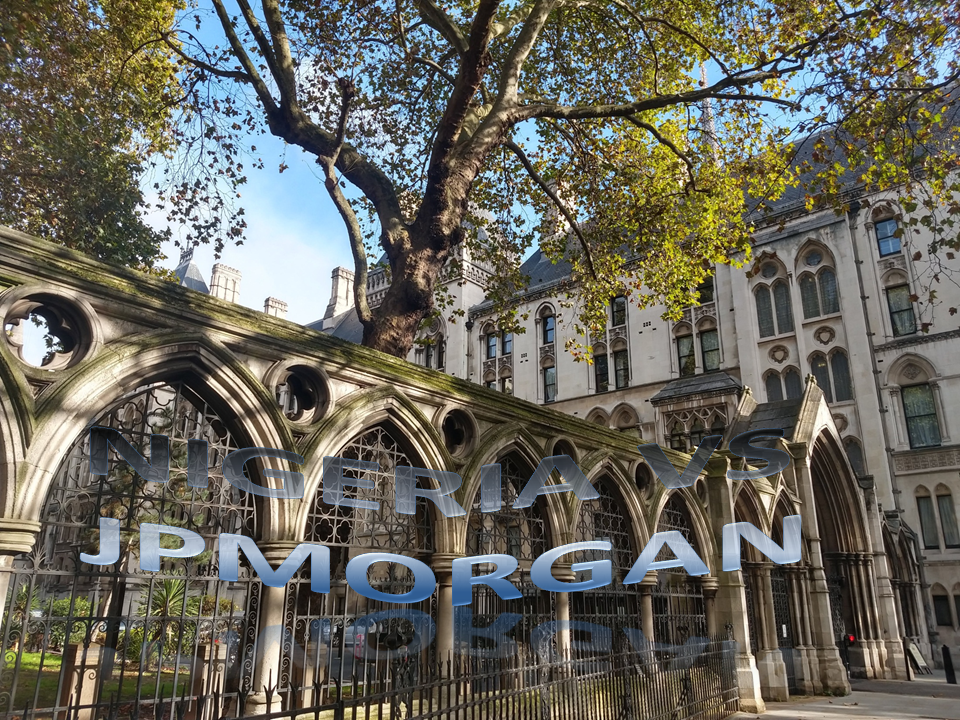 On Tuesday October 8 2019, a U.K. court rejected JPMorgan’s appeal to dismiss the case, ruling unanimously that Nigeria had the right to sue the investment bank in an attempt to wrest back the money.

An $875 million Nigerian government lawsuit against U.S. bank JPMorgan was unanimously upheld after a London-based appeals court on Tuesday rejected the bank’s bid to have the case dismissed.

The Bank had asked the court to quash the Nigerian government’s case, arguing that it had no prospect of success. All three justices at the Court of Appeal in London rejected JPMorgan’s argument in a ruling.

“I have formed no view as to the overall merits of the (government’s) claim but there is nothing in the terms of the depository agreement which entitles (JP) Morgan Chase to bring the proceedings to an end at this stage,” Lady Justice Rose wrote in the decision.

That decision is just the latest episode (and a minor one, at that) in a saga that has dragged on for years in courtrooms in New York, Milan, and London, embroiling top oil executives, Nigerian officials and their middlemen, and even the Swiss government.

An investigative journalist Barnaby Pace while reporting from his twitter handle @pace_nik on October 8, 2019 said “The judges do note that the facts of the case determine what a bank should do when it it ‘put on inquiry’. They noted in this case JP Morgan filed 6 suspicious activity reports with the National Crime Agency”.

He further reported from his twitter about what the Judges said in the courtroom.. “The judges conclude: “I have formed no view as to the overall merits of the FRN’s claim but there is nothing in the terms of the depository agreement which entitles Morgan chase to bring the proceedings to an end at this state”.

This recent judgment therefore means that Nigeria’s lawsuit (for $875m) can go ahead to trial although we have no timeline yet for the JP Morgan vs Nigeria case.