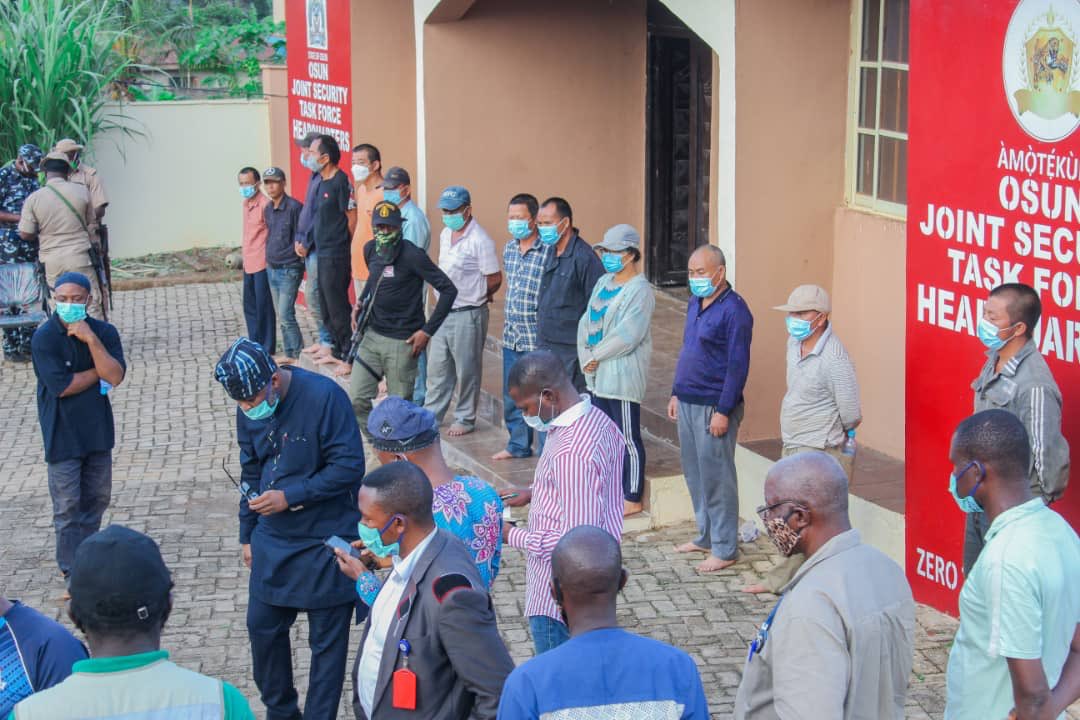 Seventeen Chinese nationals, 9 Nigerians have been arrested by the Osun State Joint Task Force (JTF) for illegal mining in the state.

Speaking on the development, the Deputy Chief of Staff to the State Governor, Abdullahi Binuyo, said the illegal miners were arrested following a coordinated sting operation around the Ilesa and Ife axis of the state.

He explained that the illegal miners had polluted the Osun River with poisonous metals, thereby making it unsafe for human consumption and irrigation.

“No responsible government will fold its arms and watch its land being degraded by unauthorised persons”.

He added that apart from ensuring that those arrested are prosecuted, they will also be made to pay compensations.

The Director-General of Amotekun, Amitolu Shittu, in his response to the situation warned that such activities will not be allowed in the country.

“We will not allow them to destroy Nigeria because of money, the JTF and Amoetekun are ready for battle.

“Above all, those who are into illegal mining should desist from such, no matter their position in the society.

“We cannot continue to keep quiet and watch them ruin the commonwealth of Nigeria”.

Meanwhile, one of the Chinese suspects arrested, May Zam, said she was not aware they were engaged in illegal mining.

She said she worked for different companies and believed they should have mining licenses.

According to her, the current company she works for has a Nigerian sponsor.See Photos Below: