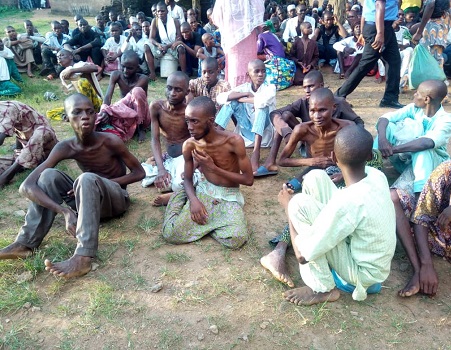 Personnel of the Oyo State Police Command has uncovered a torture centre at Olore Central Mosque in Ojo area of Ibadan, where it rescued over 200 inmates.

Addressing journalists on Monday, the Commissioner of Police, Mr Shina Olukolu, said that the illegal centre was discovered following a tip-off by an informant.

Olukolu said that young men and women were found at the centre who had been subjected to inhuman treatment. He said that five persons suspected to be connected with the Islamic centre were arrested, adding that the police would secure the facility and conduct further investigations. 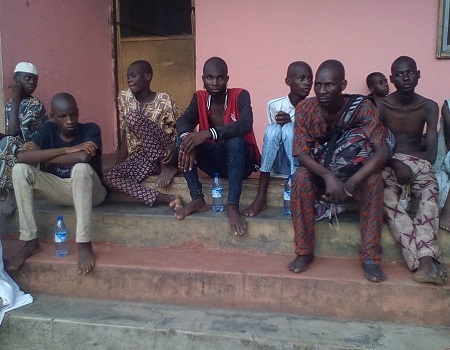 The commissioner of police said that those involved would be prosecuted to serve as a deterrent to others.

Meanwhile, the Oyo State Commissioner for Women Affairs, Alhaja Faosat Sanni, said the state would relocate the victims to a safer place and those with health challenges would be taken to the hospital.

Narrating his ordeal, one of the ‘’patients’’, Bashir Olanrewaju, said he had been at the centre since July 14, 2015.

Olarenwaju said he was brought to the centre by his parent because he was an Indian hemp smoker.

He said that inmates were subjected to different inhuman treatments at the centre. According to him, some inmates died while being tortured and their bodies taken to an unknown location where they were buried without informing their parents.

Another victim, Mutiu Amuda, said the owner of the centre has sexual intercourse with some of the ladies held there.

Amuda said that some of the ladies that got impregnated in the process aborted the pregnancy to prevent their parents from knowing.

Another victim, Tiwalade Rofiat, said she was brought to the centre by her parents because she was troublesome.

“On the basis of that information, the police decided to check it out.

“However, the young man informed the police that there is another detention facility and that is where we are now at Oloore, Ojoo area of Ibadan.

“Actually, when the police got here, we discovered that young men, young women are being kept in captivity in a dungeon-like place. As a matter of fact, man’s inhumanity to man is being manifested in this environment. And we are not happy about the situation.

The owner of the mosque and rehabilitation centre, Alfa Ismail Olore, said the parents of those found at the centre brought them to him to heal them of their “illnesses.’’ 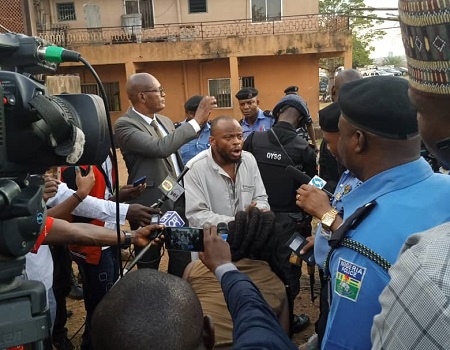 Olore added that some of the parents even instructed him to chain the wards brought to the centre, but he only used Quran recitation to cure their illnesses.