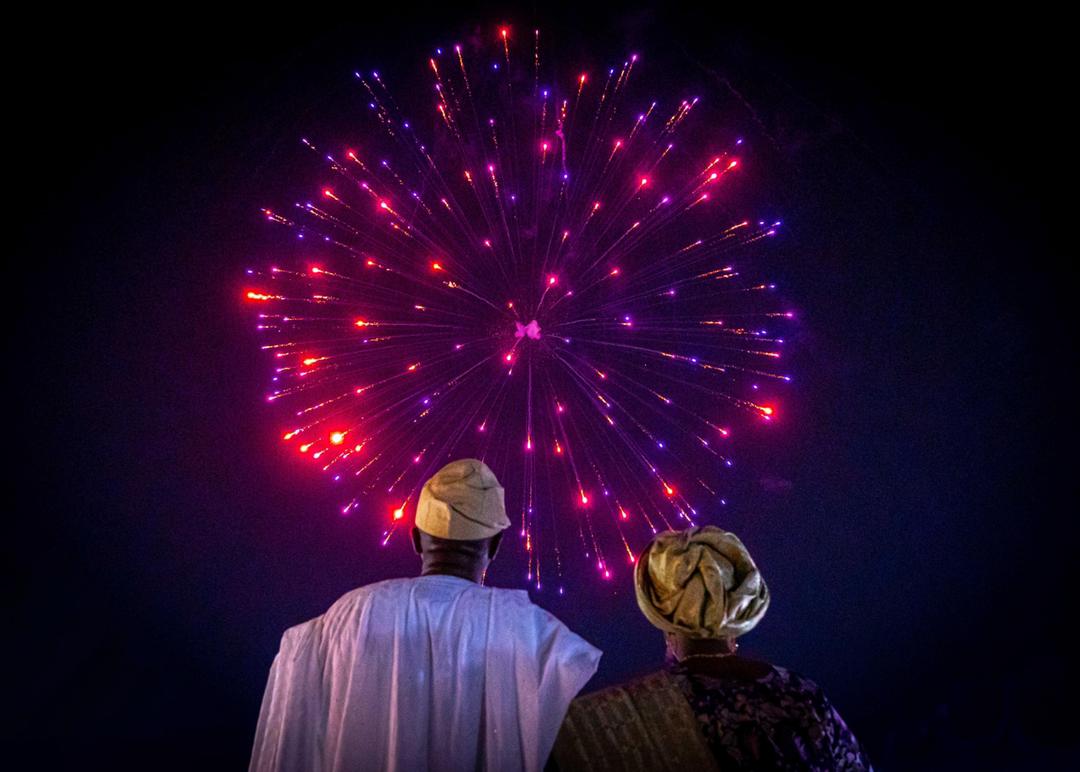 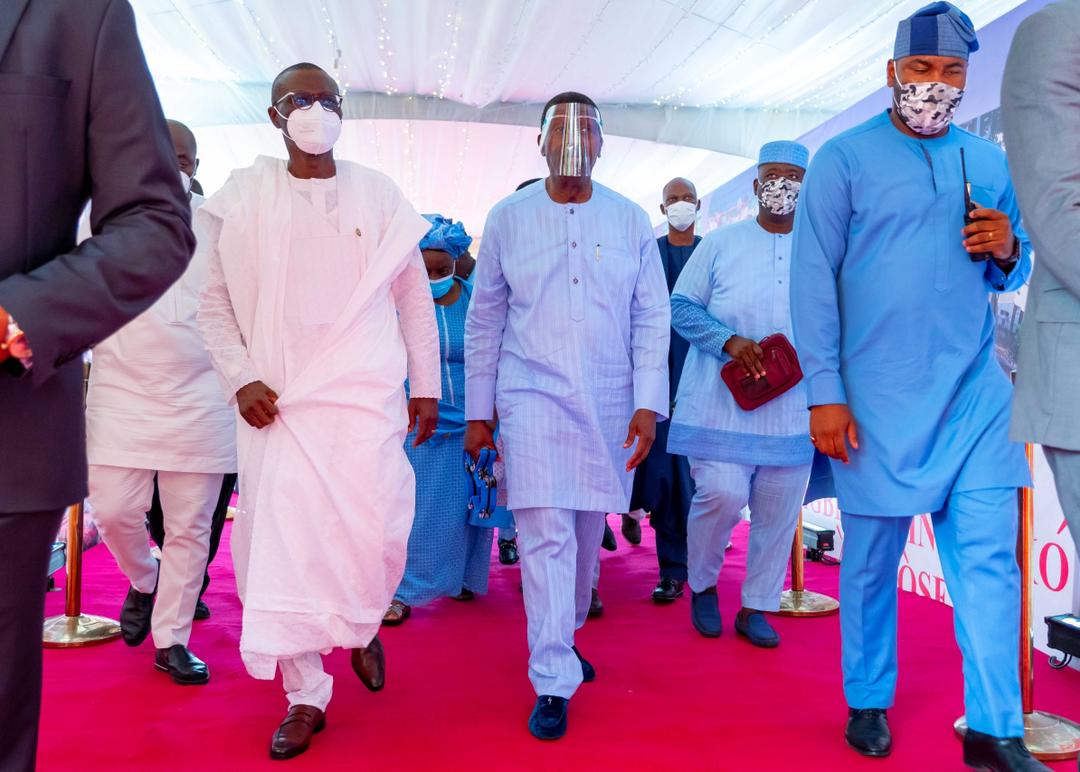 Lagos State Governor, Mr. Babajide Sanwo-Olu, on Sunday assured Lagosians that Year 2022 would be a season of consolidation, as his administration will complete some of the landmark projects that the State had embarked on. Specifically Governor Sanwo-Olu said his administration will complete the Imota Rice Mill, 37km Red and 27.5km Blue Line Rail projects, 18.75km Eleko to T-Junction in Epe, section of the Lagos-Badagry Expressway and other ongoing iconic projects in the State. 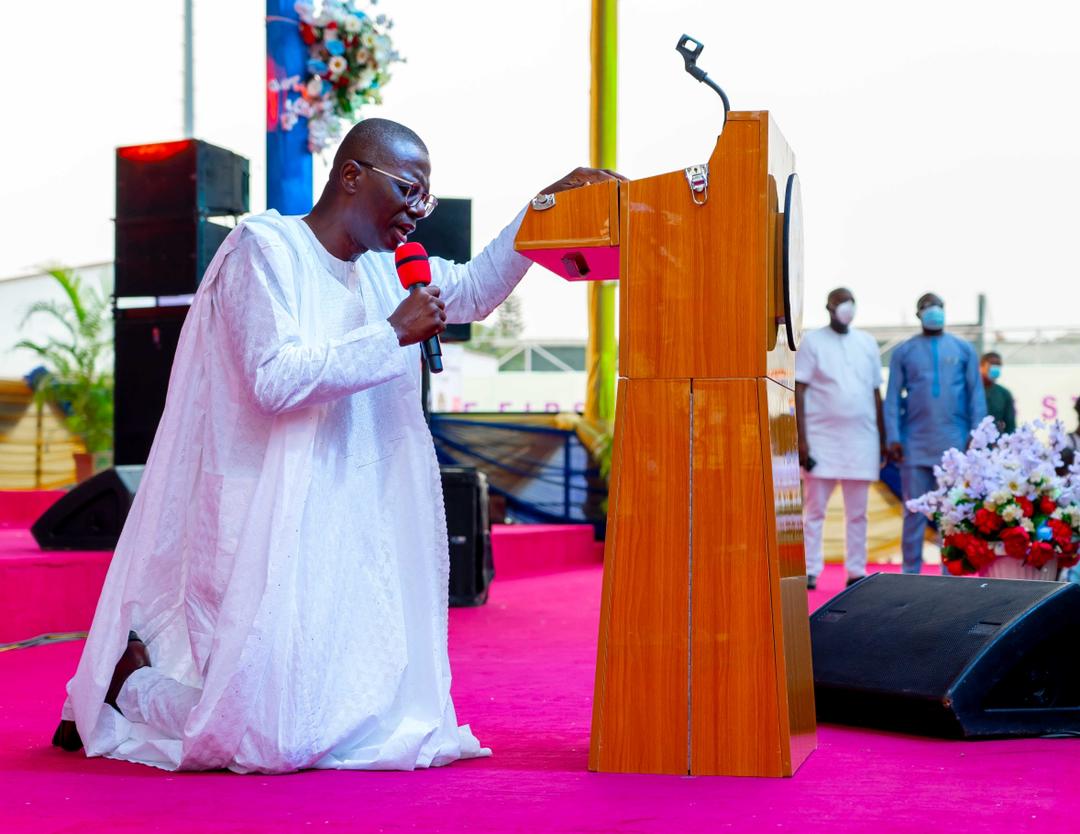 He said his administration is committed to complete ongoing projects, ensure the rule of law, transform the state into a 21st century economy and significantly advance his government’s journey towards the Greater Lagos of the collective desire of the people.

Speaking at the 2022 Lagos State New Year Thanksgiving Service themed ‘Songs of Thanksgiving’ held on Sunday at the Lagos House Sports Ground, Alausa, Ikeja, Governor Sanwo-Olu said 2022 will witness remarkable development on various fronts: Infrastructure, Technology, Health and Education, Security, and many more; all of which will translate to significant improvement in the quality of life of all Lagosians. 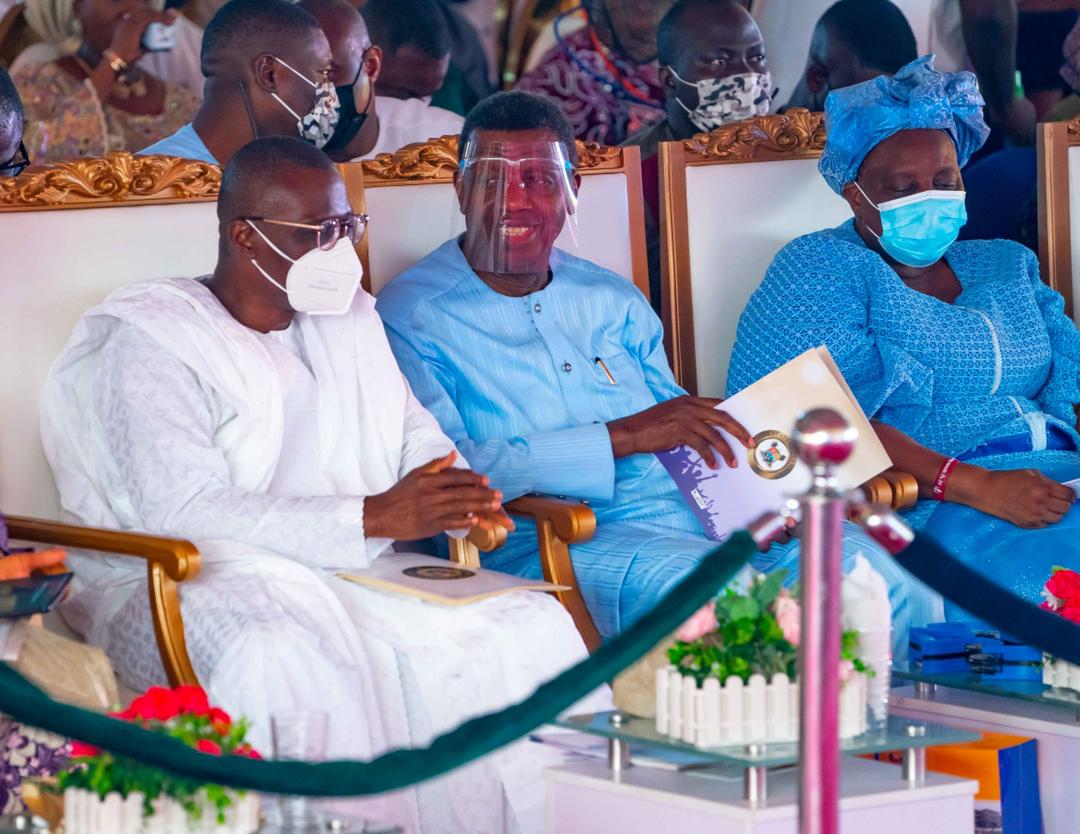 Governor Sanwo-Olu said the annual special thanksgiving underscored the importance to praise God for grace despite the COVID-19 pandemic, economic meltdown, among others and committing the plans of the State into God’s hands.

He said: “This New Year 2022 is a special year for us as an administration, because it will be the final full year of the four-year mandate you gave us in 2019. 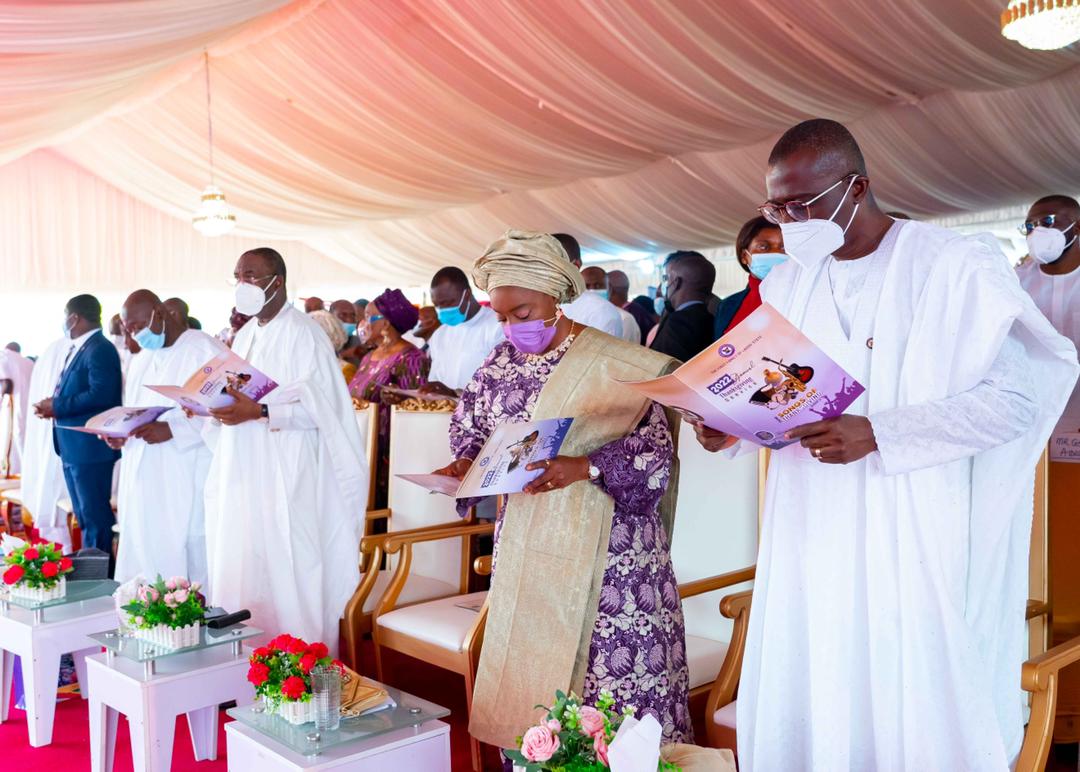 “By the special Grace of God, the vision of having the largest Rice Mill in sub-Saharan Africa and one of the largest in the world will become a reality this year.

“Also, this year 2022 will witness a milestone achievement in the rail transportation system in our State, as we expect the 37km Red and 27.5km Blue Line Rail projects to commence commercial operations between the last quarter of this year and first quarter of 2023.

“Equally, construction work on the 38km 4th Mainland Bridge — which will be the longest in Africa — and the Opebi-Mende link bridge will commence this year.

“2022 will also witness, by the special Grace of God, the completion of the ongoing reconstruction work on the 18.75km Eleko to T-Junction in Epe, the 10km Lekki Regional Road, and the section of the Lagos-Badagry Expressway that the Lagos State Government is constructing with the permission of the Federal Government. These are just a handful of the projects that will be completed or advanced this year.”

Governor Sanwo-Olu also enjoined everyone in Lagos State to continue to adhere to and comply strictly with the COVID-19 protocols and guidelines for safety in this 4th wave of the pandemic.

“I also encourage all to take their vaccines and booster shots without delay. We have seen first-hand how vaccination has helped minimize the impact of the 4th wave, compared to previous ones,” he added.

In his sermon, the General Overseer of the Redeemed Christian Church of God (RCCG), Pastor Enoch Adejare Adeboye, who used Psalms 150:6 as reference point, charged people to cultivate the habits of appreciating God, noting that people have reasons to praise God. 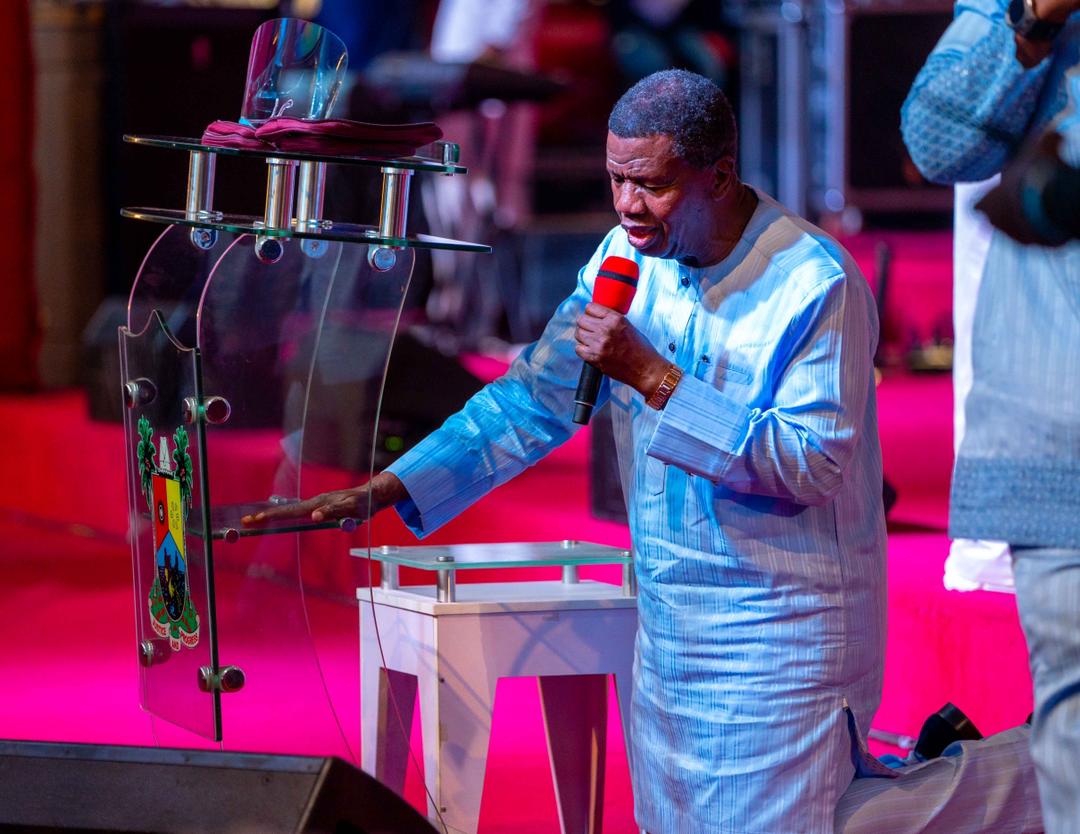 Pastor Adeboye, who was accompanied by his wife, Pastor Folu Adeboye, prayed for Governor Sanwo-Olu, Lagos State and Nigeria.

Lagos State Commissioner for Home Affairs, Prince Anofiu Elegushi, thanked God for witnessing another year, saying the administration is living no stone unturned at ensuring the security and safety of lives and property of Lagosians. 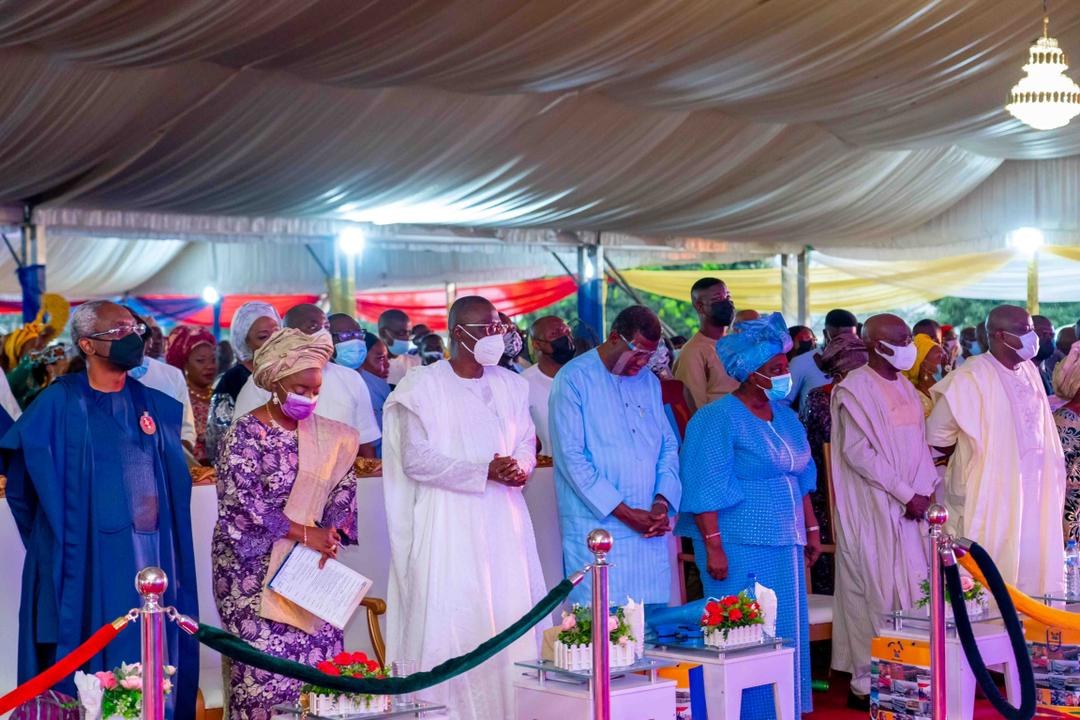 Elegushi, who said the Babajide Sanwo-Olu administration is embarking on infrastructural developments, urged people to be law abiding through due diligence by adhering to COVID-19 protocols. 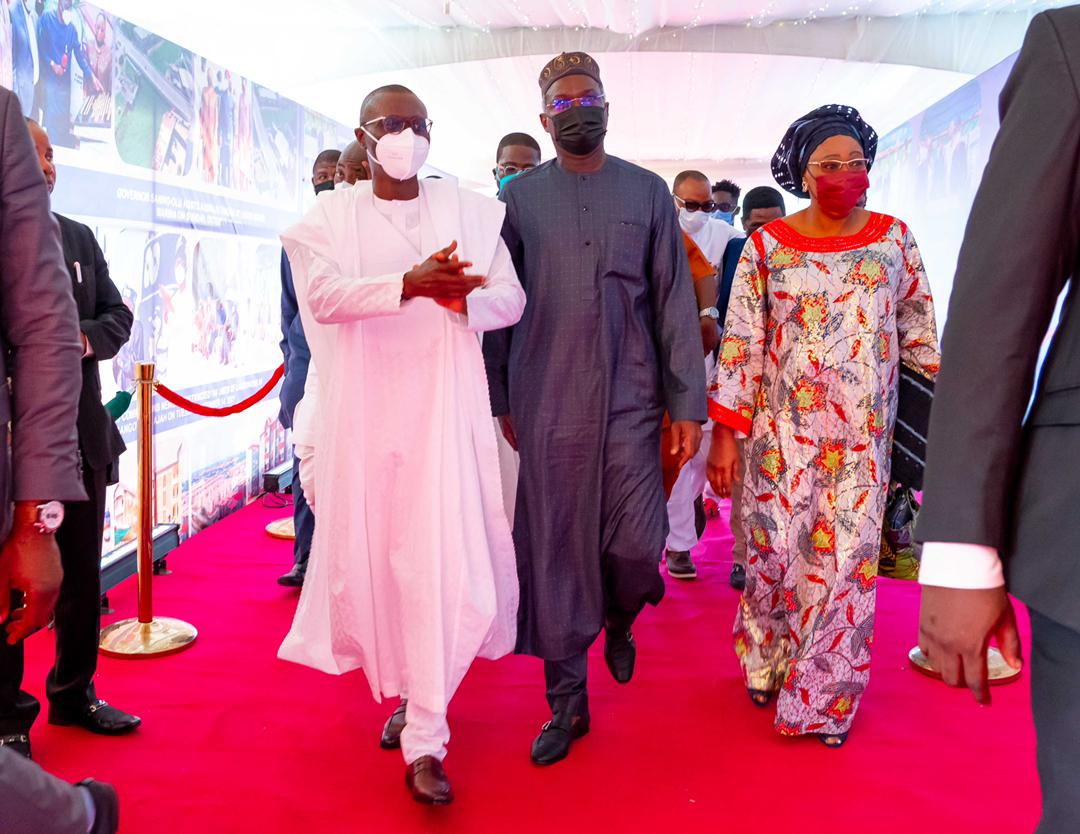 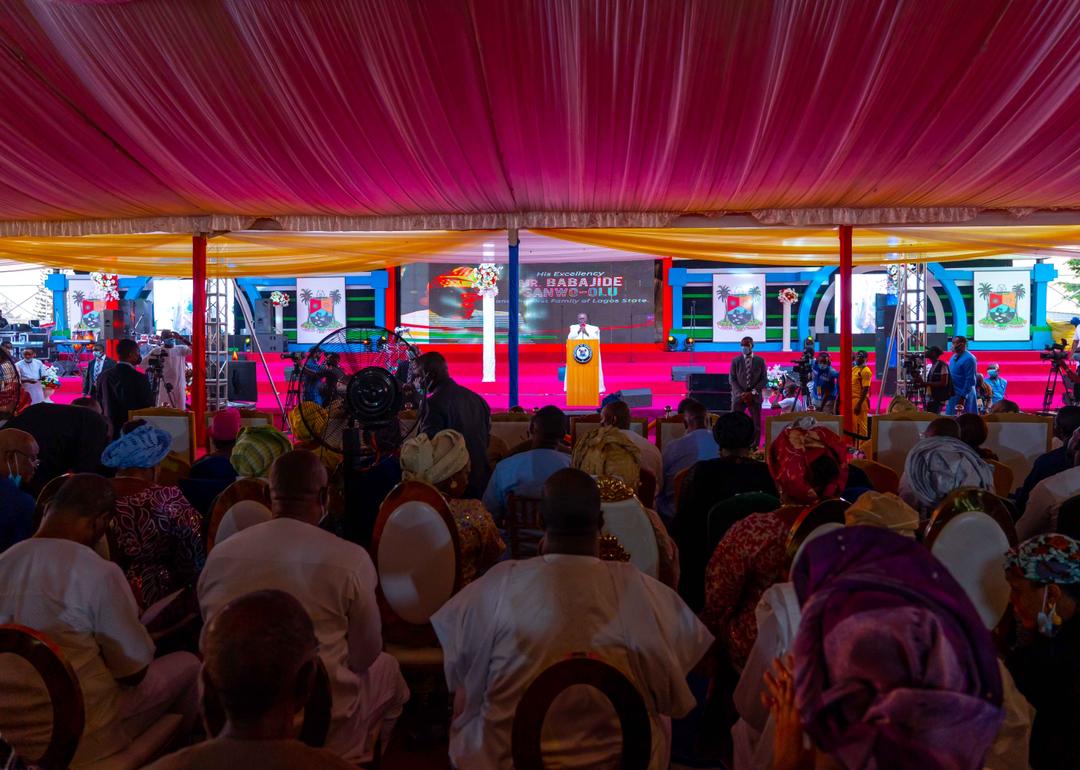