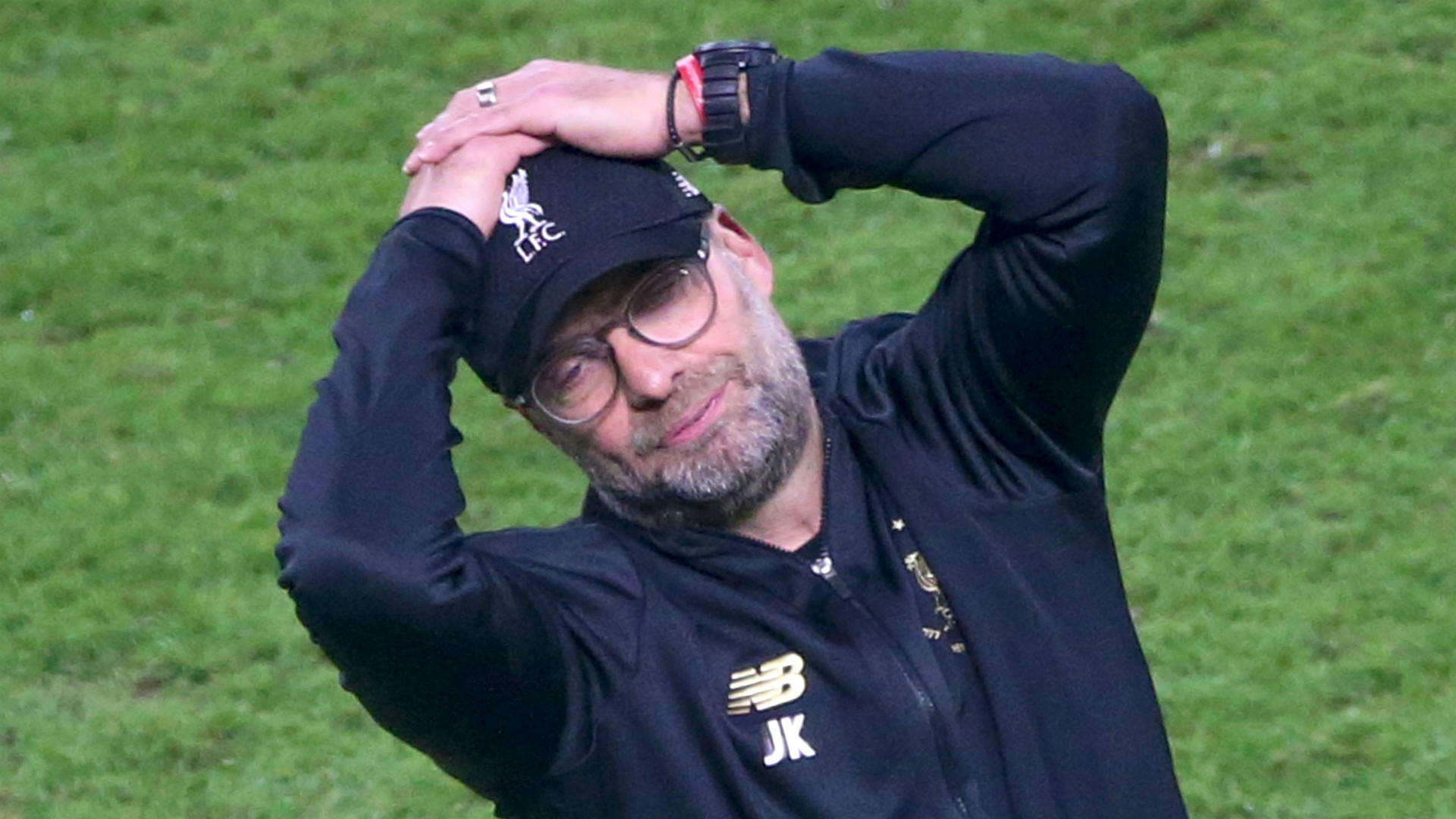 Jurgen Klopp has expressed his dismay at the scheduling of the Africa Cup of Nations in 2021 following confirmation that the tournament will take place between January and February next year.

That will disrupt the Reds, and other Premier League clubs, who will have to release their African stars for the duration of the competition, with Liverpool most notably set to lose Mohamed Salah, Sadio Mane and Naby Keita for up to a month.

And Klopp has been left disappointed at FIFA for failing to communicate with clubs and coaches when making decisions over scheduling, claiming that the players and their welfare are not being taken into consideration.

When asked about the AFCON dates for next year, Klopp told reporters: “You really want to open this book now? So, I couldn’t respect the African Cup of Nations more than I do because I like the competition.

“I watched it a lot in the past in my life, very interesting tournament, most difficult circumstances a lot of times and the players, what they make of it, sensational players. It’s not the last time you see the players as they turn up in Europe, they turn up everywhere.

“But it is an obvious problem that you play a tournament in the middle of the season, although it makes more sense for Africa to play it in our winter when the weather is better for them – I get that. The only problem is it’s a general problem.

“A couple of things which are not okay: one thing is FIFA plans a tournament in the summer of 2021 [the Club World Cup], a week later the actual African Cup of Nations would have started I think, or maybe two weeks later, another tournament for a lot of world-class players. I mentioned that in the past.

“The other thing is it doesn’t help African players. We will not sell Sadio, Mo or Naby now because they have a tournament in January and February – of course not – but if you have to make a decision about bringing in a player it is a massive one because before the season you know for four weeks you don’t have them.

“It is FIFA who should sort all of that as head of all the different associations. It doesn’t look like being involved, they are still happy having their 21-team World Cup offering a lot of money, I don’t know the exact numbers but it must be a lot of money for all the clubs involved.

“But I don’t think it is just one problem for this country: European Championships, world championships, it’s like no-one can live without that, it’s a natural right to have this but we forget these tournaments are played by players, they don’t have a break.

“I feel massively for Harry Kane, I now hear he may not be in the Euros. For the first time some English people in the FA may think ‘Oh, too many games maybe’. Something has to happen for them to really start thinking about it.

“Now they send all these guys in winter again, in the middle of a season to a tournament in different circumstances, and coming back from the African Cup of Nations is not easy to take. But the welfare of the players no-one thinks about. These are really important things.

“The African Cup of Nations going back to January is, for us, a catastrophe. On top of that we have absolutely no power, so if we did say: ‘We don’t let him go’ the player is suspended. How is that possible that the company who pays the player cannot decide if the player has to stay or not.

“If you would say: ‘Let’s play the African Cup of Nations but the players play in other countries, not in Africa’, it still would be a great tournament but not [involving] the superstars, the superstars of tomorrow. I don’t say that would be a solution for it but it’s strange we have absolutely no say.

“If a player is injured and cannot play for us we have to send him to Africa and they have a look and in one or two weeks they are back. We just sit there and plan the route, the flight for the boys, and say ‘There you go, have the boys’. Nowadays it should not be like this.

“But I speak here about it and no-one will listen. It is like the biggest waste of time ever. The moaner from Liverpool or whatever is again on track. As long as nothing changes I will say it all the time. It is because it is about the players, not one second about me.

“There are so many things to sort but all these guys never find time to sit around one table and make a general schedule. All these different games to play and no break for the players. Let’s respect that, but if you have that break don’t make a replay in this break. This would help massively.”