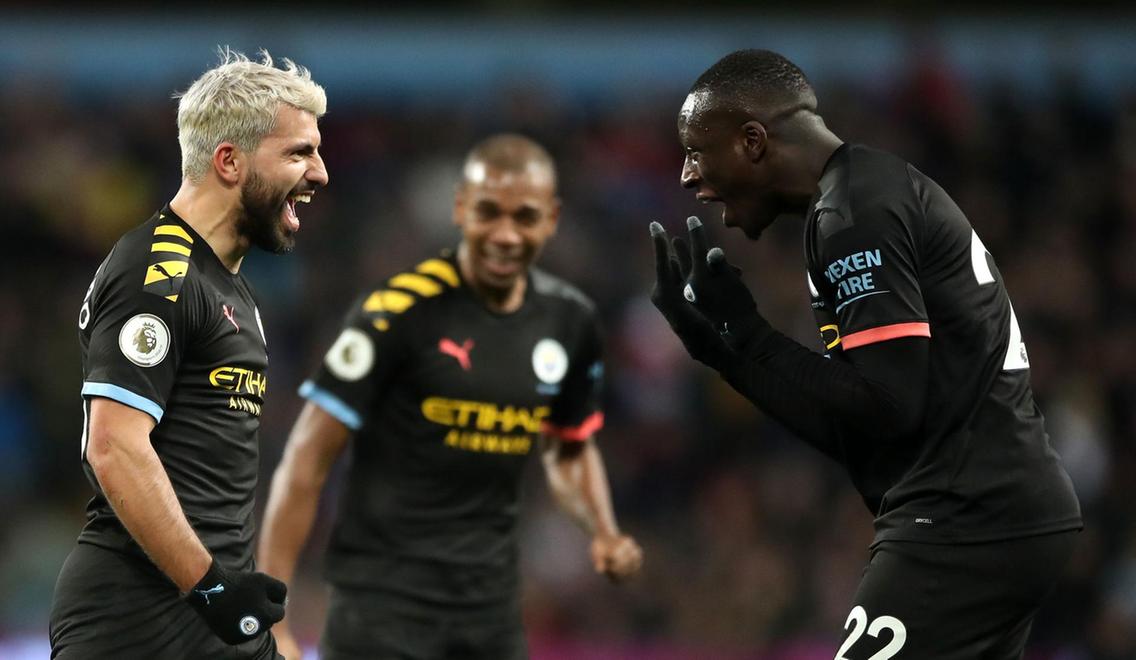 Gabriel Jesus insists he could not have a better striker to learn from than Manchester City team-mate Sergio Aguero.

The Argentinian scored a hat-trick in the 6-1 victory over Aston Villa on Sunday to break Thierry Henry’s Premier League record for most goals scored by an overseas player.

And his treble also saw him set a new record for most hat-tricks in the Premier League, surpassing Alan Shearer by taking his tally to 12 in eight-and-a-half seasons.

Jesus, who also scored in the win at Villa Park, has some catching up to do if he is to get close to Aguero’s current tally of 177 Premier League goals but he says he could not have a better player to learn from.

“Of course I think our football is different – he is more of a striker, more of a finisher, so of course I have to learn from him.

“We work together, every single day. I can learn from him. So that’s what I have to do.”

The pair started a Premier League game together for the first time since September 2018, days after City beat Manchester United at Old Trafford without any strikers in their line-up.

But, in the 12 games they have started together, City have now scored 40 goals with the duo scoring more than half – 14 for Aguero and eight for Jesus.

“I think it’s because I want to score, he wants to score so that’s the point,” Jesus added. “I can score maybe normally, two or three [against Villa] but I missed the chance and Sergio scored a hat-trick.

“If Raheem plays I’m sure he scores – we have to do it. We work hard to score and win games.”

Henry lost his goalscoring record and another of his milestones is under threat with Kevin De Bruyne now just six assists behind the former Arsenal forward’s season’s best of 20.

De Bruyne was coached by Henry at Belgium and, while he was delighted for Aguero, he said they will both be remembered as extraordinary players.

“I’ve been playing with Sergio for five years, and the record he has got speaks for itself,” he said. “And the way he acts is really good, you know he’s not like somebody you hear about all the time.

“He just plays football and for the rest he keeps himself to himself, so that’s nice.

“People know about Henry. He was also my coach in Belgium so I know him a little bit personally but it’s so difficult to compare but the records for both of them speak for themselves.

“It’s not always necessary to compare people, just be happy and maybe be grateful that these guys play there. To come and do this on a consistent basis for nine or 10 years is unbelievable.”