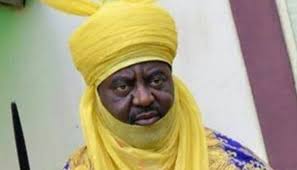 The announcement was made by the Secretary to the State Government, Usman Alhaji a few hours after the removal of Muhammadu Sanusi II.

The appointment takes immediate effect according to the SSG.

Usman Alhaji had explained that the state government took the decision to remove the traditional ruler over allegations of consistently refusing to abide by instructions given to him.

According to him, the removal was in line with the recommendation of the Kano State Public Complaint and Anti-Corruption Commission which summoned the emir.

The commission had asked the traditional ruler to respond to a petition accusing him of selling lands belonging to the Kano Emirate to the tune of N2 billion.

Sanusi had, however, secured a restriction order from a court to stop the commission from investigating him.