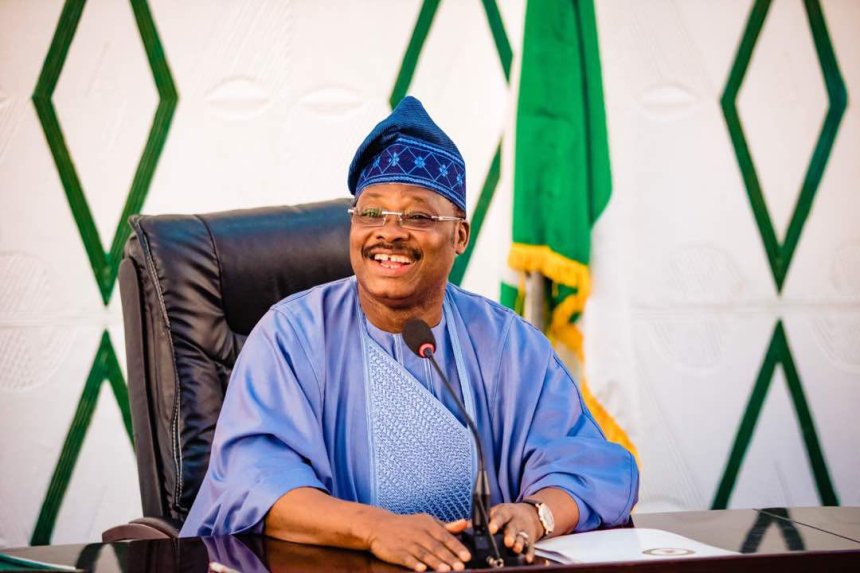 The All Progressives Congress (APC) has inaugurated the Edo State Governorship Primary Election and Appeal committees.

The inauguration ceremony held on Thursday inside the APC National Executive Council (NEC) hall at the party’s National Secretariat in Abuja, the nation’s capital.

In his remarks, Eta announced that the party has commenced the process for the governorship election in Edo State with the screening exercise.

He named the Imo State Governor, Hope Uzodinma, as the chairman of the election committee which has Senator Ajibola Bashiru as its secretary, and five other members.

According to the acting national chairman, the committee has a responsibility to ensure that the primary election in Edo State is successful.

He also named the members of the Primary Election Appeal Committee which has Dr Yusuf Naaji as chairman and Dr Kayode Ajulo as its secretary, with Umar Ahmed, Nasiru Junju, and Rasaq Bamu as members.

Eta explained that members of both committees were carefully chosen to ensure a hitch-free governorship primary election in Edo State.

In his acceptance speech, Governor Uzodinma gave an assurance that his committee would do justice to the assignment given to them.

He said, “It is my honour on behalf of my Committee to accept this very rare confidence reposed in us by our great party to go and conduct this process that will produce our governorship candidate for the forthcoming Edo governorship election.

“I want to thank Almighty God, even when I know that this is coming at a time that our party is greatly challenged by some handiworks of our enemies and those who think the party has grown into national envy.”

The governor decried that recent events have shown that some persons were out to destroy the party, but they would work hard to retain the governorship seat in Edo.

He added that the APC remains determined to field the best candidate in the September 19 election.

“I want to remind all of us that APC is the party to beat anywhere in Nigeria. The party is growing from strength to strength on a daily basis,” Governor Uzodinma stated.

In the absence of the Chairman of the appeal committee, Mr Ajulo also gave an assurance that they would perform their task as impartial judges.