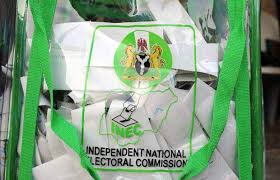 The All Progressives Congress will participate in tomorrow’s governorship election in Bayelsa State, the electoral body, INEC, has confirmed.

On Thursday, the Federal High Court in Yenagoa ruled the party had no candidate in the election following a disagreement over the party’s primaries.

The APC registered David Lyon, 49, as its governorship candidate, but former minister Heineken Lokpobiri disagreed, insisting he is the party’s authentic candidate who won the primaries.

Mr Lokpobiri asked the court to declare him the candidate of the party.

But the court ruled the primaries took place in contravention of the party’s rules and guidelines and, consequently, produced no candidate for the party in Saturday’s election.

“It is strange,” said Fitzgerald Olorogun, Mr Lokpobiri’s lawyer, saying the court’s verdict was not part of his client’s prayers.

The ruling had raised concerns APC would be out of the election as it failed to participate in Zamfara and Rivers States. In both states, internal crises following disagreements over election primaries and candidacy led to litigations and ultimately denied the party participation in the elections in the two states.

INEC said APC will not suffer the same fate in Bayelsa State.

“Court ruling does not say APC should not participate in the election,” said Mr Okoye. “APC will be on the ballot paper. The court only says the two candidates are not eligible. But we don’t have candidates on the ballot papers. We only have logos of parties and those are what will be there.”

He said all the sensitive materials, including ballot papers, have already been deployed to the state.

“All the sensitive materials are already leaving the Central Bank (in Yenagoa) for the RACs,” he said.

Based on INEC’s decision, if APC wins on Saturday, Bayelsa State would likely be a subject of a legal battle between Mr Lyon and Mr Lokpobiri to determine the authentic flagbearer of the party.

Both politicians are campaigning for their party in the state.