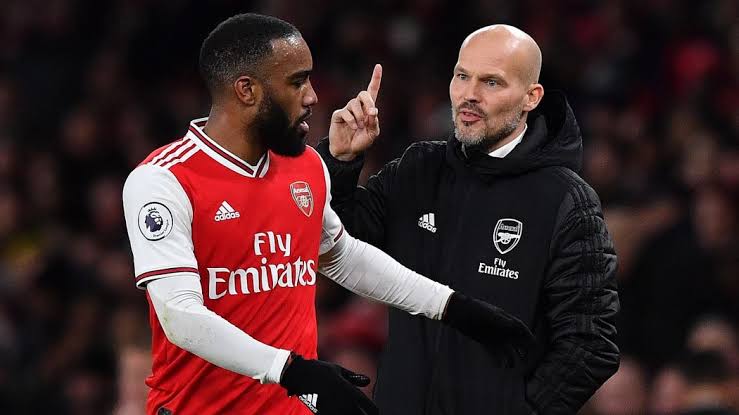 The former frontman says there is no room for sentiment at the Emirates, with there an obvious need to bring in a proven coach as soon as possible

Arsenal need to follow the lead of arch-rivals Tottenham and get a proven manager in place, says John Hartson, with the Gunners in no position to take “a chance” on Freddie Ljungberg.
A former fan favourite is set to take in a third game at the helm on Monday when the short trip to the London Stadium is made for a derby date with West Ham.
Arsenal head into that contest on their worst run of form for 42 years , with Unai Emery having already paid the price for ongoing struggles at Emirates Stadium.

Various candidates have been mooted as possible successors to the Spaniard , but none have been appointed as yet.
Hartson is slightly concerned by the lack of “proactive” activity, with Spurs having shown how managerial changes should be done when replacing Mauricio Pochettino with Jose Mourinho.
The former Gunners striker told The Sun : “Arsenal can’t afford to dally, to pussyfoot around or give Freddie Ljungberg a chance.
“He may be a favourite with Arsenal fans as a player but to manage Arsenal you need a bit more about you and a bit more experience.
“There are good managers out there. Go after somebody. Be proactive.

“Do what Spurs have done by bringing Jose Mourinho in straight away.
“If you’re going to sack a manager, bosh – go and get another one in.
“Arsenal need direction, they need leadership, they need a freshness and they need somebody to get hold of that dressing room because it’s like a sinking ship at the minute.”
Paul Merson has suggested that Arsenal has become “one of the worst jobs in the game” , but Hartson believes plenty of high-profile figures will still fancy the opportunity to awaken a sleeping giant.

He added, with Mikel Arteta, Pochettino and Massimiliano Allegri among the names in the frame: “A lot of managers will fancy the job because it’s a huge challenge.
“It’s not taking over a fantastic group of players like Mourinho has at Spurs. It’s about going in and working with what you have.”
The first challenge facing Arsenal is bringing a nine-game winless run to a close, with Ljungberg still being charged with the task of delivering a reversal in fortunes as he oversees first-team affairs on an interim basis.