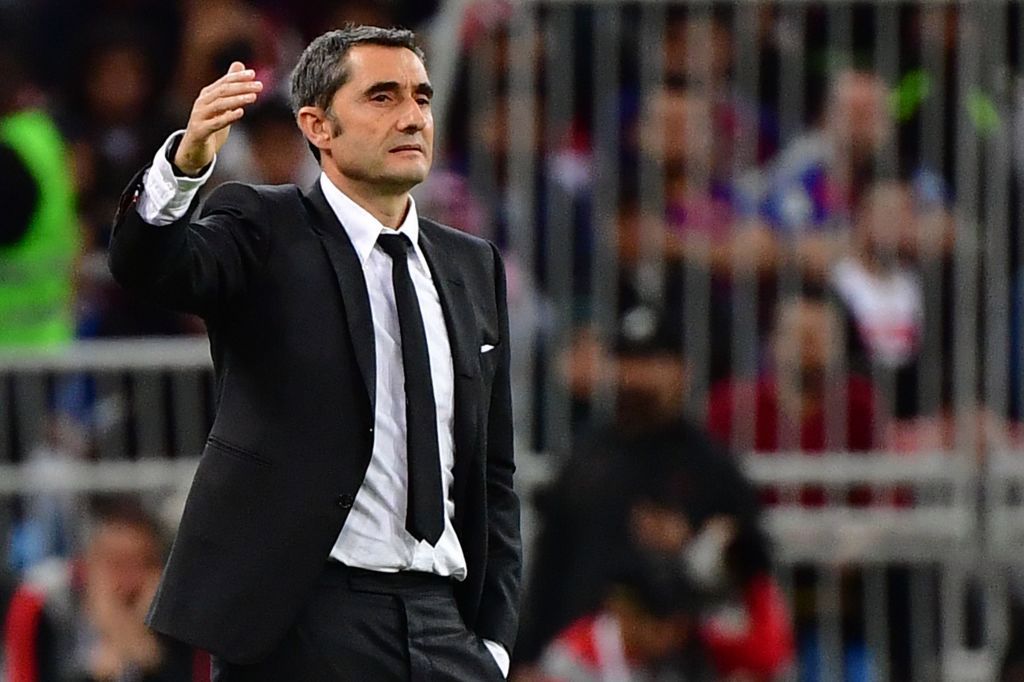 The Liga leaders have parted way with the 55-year-old, with the former Real Betis boss brought in to replace him

Barcelona have announced the dismissal of head coach Ernesto Valverde, with Quique Setientaking charge of the Spanish champions on that deal that runs until 2022.

Barca made the decision to extend Valverde’s deal for an additional season in February of last year, which preceded an embarrassing Champions League capitulation at the hands of Liverpool just months later, having done similar against Roma in the previous campaign.

And while the 55-year-old has delivered back-to-back Primera Division titles and currently has the Blaugrana sitting at the top of La Liga – albeit on goal difference – European disappointment is not the only black mark next to Valverde’s name.

Indeed, a Copa del Rey final loss to Valencia was not the expected result in Barca’s final match of last season, while a recent Supercopa de Espana defeat against Atletico Madrid has only served to highlight the inconsistency of a team bursting with world-class talent.

Finally taking the decision to part ways with Basque boss on Monday, an official statement from Barca reads: “Agreement between FC Barcelona and Ernesto Valverde to end his contract as manager of the first team. Thank you for everything, Ernesto. Best of luck in the future.”

Former Real Betis boss Setien, 61, is a well-known fan of the Johan Cruyff-inspired Barca brand of football – as mentioned in the club’s press release regarding their new boss:

“Quique Setien will be the new FC Barcelona coach. The man from Cantabria in the north of Spain comes to Barca after having had spells at Racing Santander, Poli Ejido, Logrones, Lugo, Las Palmas and Betis, his previous club in the 2018/19 season.

“Throughout his career he has been a proponent of possession-based, attacking football that has been attractive to the fans.”

Setien’s appointment may come as a surprise to fans unaware of his previous work, especially given the Camp Nou outfit have been in talks with club legend Xavi about taking the reins in Catalunya.

It seems likely that Xavi will eventually return someday, with the former midfielder admitting that it is his ‘dream’ to coach Barca, but he will have to bide his time in the short-term given the announcement that Setien has signed up for two and a half years.

Barcelona are set to present their new head coach on Tuesday, with the club having published their itinerary for the coach’s first day in the job: