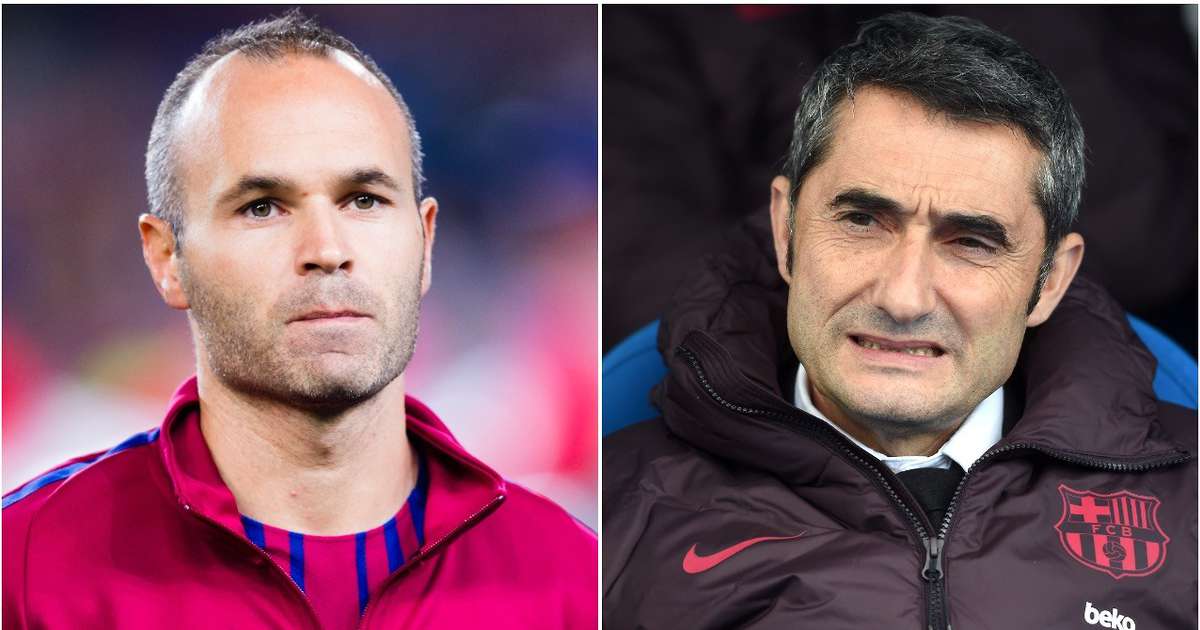 The Camp Nou legend has questioned the speculation surrounding a proven coach’s future, with talk of a return for Xavi refusing to go away

Barcelona’s treatment of Ernesto Valverde has been “a little ugly”, says club legend Andres Iniesta, with rumours continuing to suggest that the Blaugrana head coach will soon be replaced by Xavi.

It has been confirmed that discussions have been held with a club icon who is currently cutting his managerial teeth in Qatar with Al Sadd.

Valverde, who has struggled to convince in Catalunya this season despite previously claiming back-to-back La Liga titles, could find himself on borrowed time.

Iniesta admits to being surprised by Barca’s lack of trust in their current boss, and the manner in which they are seemingly going about replacing him, with a proven tactician deserving of better.

The Camp Nou legend, who is currently in Japan with Vissel Kobe, told Onda Cero: “Barcelona’s behaviour has been a little ugly.

“You have to have respect for your current coach. The way things are done is what can hurt the most.”

Iniesta concedes that “Valverde’s situation has been weakened” of late, with Barca having missed out on a place in the Spanish Super Cup final as arch-rivals Real Madrid claimed another piece of major silverware.

The World Cup-winning midfielder claims that the relationship between club president Josep Maria Bartomeu and an expectant fan base remains “good”, but added that he hopes “the situation at the club is solved because it’s not nice what’s going on, not for the coach, the players or the fans.”

If a change in the dugout is made, then it could be that a familiar face to Iniesta returns to Camp Nou.

Xavi is relatively inexperienced when it comes to coaching, having only hung up his boots in 2019, but a return to his roots has long been mooted for the 39-year-old.

“The person who knows best whether he’s prepared or not is Xavi,” said Iniesta.

A number of other big names, including many with strong ties to Barcelona, have been linked with a high-profile post that could soon become vacant.

Ronald Koeman is among those said to be in the mix, but the former Blaugrana defender has made it clear that he would only be in a position to return to Camp Nou after leading the Netherlands into their Euro 2020 campaign this summer.

“Koeman and Xavi have been at Barca… one has more experience but that isn’t decisive…” Iniesta added.

For now, Barcelona are preparing for a return to La Liga action on Sunday when they take in a home date with Granada – with the defending champions currently topping the table on goal difference.