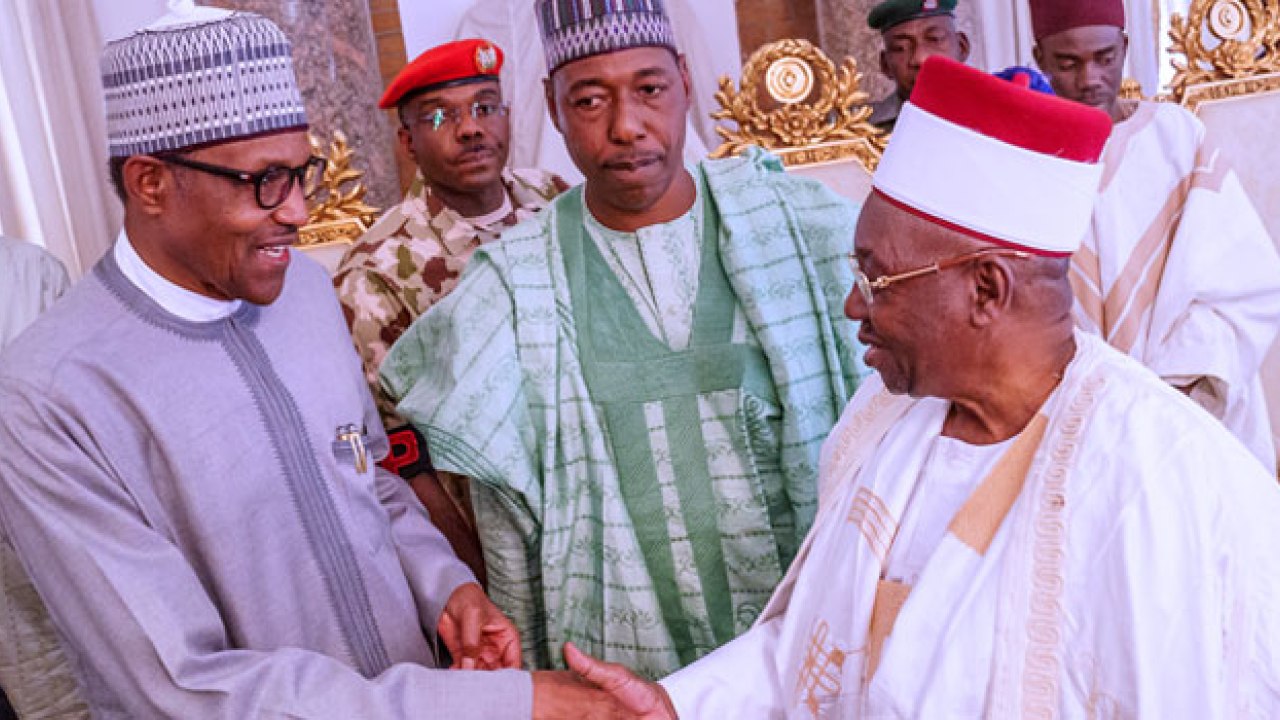 The President, Major General Muhammadu Buhari (retd.) on Wednesday told the residents of Borno State that the Boko Haram insurgents or any of their factions cannot carry out attacks on the people without the supports of some of the locals.

Buhari, who was said to be in the state to sympathise with the government and people of the state over the Boko Haram insurgents’ attack which claimed many lives at Auno in Konduga Local Government Area, noted that the fight against insurgency could not be achieved without good intelligence and support of the people.

“With my understanding of our culture, I wonder how Boko Haram survives up to this end.

“As the Commander-in-Chief of the Armed Forces, I campaigned in 2015 and last year on three fundamental issues which include security as you cannot preside over an institution or a country if it is not secured.

“We are working for you in this country; as Commander-in-Chief, I am dealing with the security institutions and I believe there is an improvement in security.

“I urge the people of the state to cooperate with the law enforcement agencies; let us deny Boko Haram access to our loyal citizens and encourage displaced people to go back to their land.”