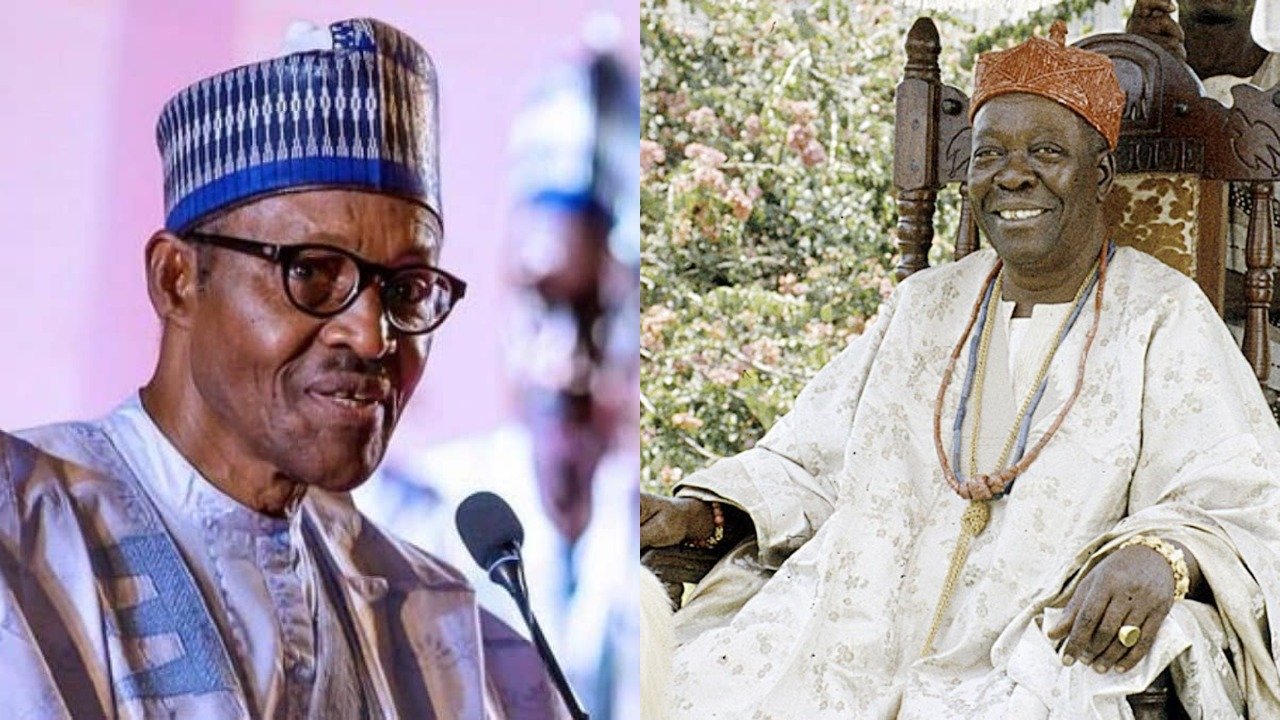 The Ooni also served as the Governor of the Western Region from 1960 to 1962.

In a statement issued on Friday by the Special Adviser to the President on Media and Publicity, Femi Adesina, President Buhari praised the first-class monarch for the values he stood for.

According to Adesina, President Buhari addressed a letter to the family of the departed traditional ruler.

The letter read: “It gives me a deep sense of pleasure and fulfilment to do this brief tribute in memory of the illustrious Ooni of Ife, Oba Adesoji Tadenikawo Aderemi, who reigned between 1930 and 1980.

“On this 40th Remembrance Anniversary of the great man, the country recalls the imprints of a foremost Nationalist, very successful businessman, former Governor, Western Region (1960-1962), and traditional ruler, on the sands of time.

“To the benefit of his memory, Ooni Aderemi built schools, dispensaries, churches, museums, and attracted the establishment in his domain of waterworks, electricity projects, and the University of Ife (now Obafemi Awolowo University, Ile-Ife).

“As the family remembers this awesome personality, knighted twice by the Queen of England, it gladdens the heart that his memory remains evergreen. Please, keep this alive, for the guidance and inspiration of the current and subsequent generations.

“May God give us more illustrious people in the mould of Ooni Adesoji Aderemi. Amen.”