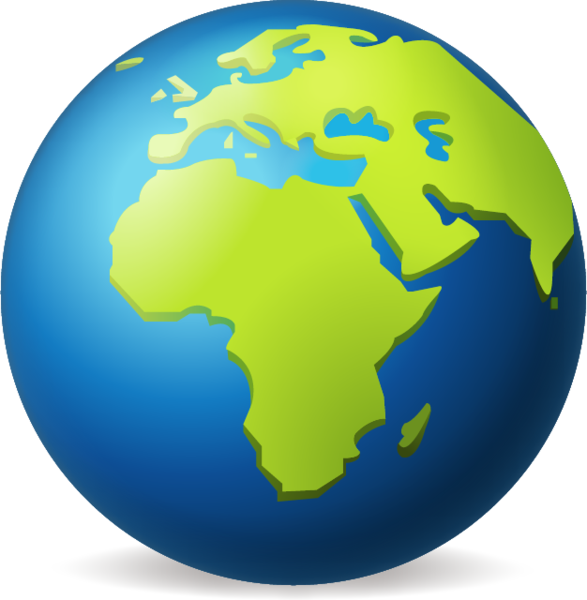 Breaking News: President Buhari Assents To Deep Offshore Production Sharing Contract Act Amendment! That should have been the main topic to analyse. In Nigeria media world of futility, the topic for analysis was who signed the bill.

As at the time we expected our media houses to raise the bar of National conversation, the media world was caught in the shadow of playing to the gallery of ignorance & irrelevance. Was there a bill that will benefit Nigeria? PSC Act amendment bill should be one of such. HOW? That should have been the conversation.

The relevance of the bill assented to by Mr President should have been the topic on which conversation should point to, instead of that, Nigeria media world turn it to how @ProfOsinbajo was relegated. One guy even said he was “used & dumped” so I asked him who is the VP today? He went mute.

Let’s clarify the basics that our unfortunate media houses are using as the main topic: 1. The Vice President has never signed any bill into law in this Country & will never. That’s treason & an impeachable offence. 2. Only the President or Acting President can sign bills into law both in Nigeria and other democratic Countries. 3. Section 145 was clear on the process of making the VP the Acting President, nothing ambiguous there: On Vacation… Unable to discharge his duty… Anything beyond 21 days… Is the President on vacation? Is he UNABLE? Is it 21 days already? What’s the noise about? 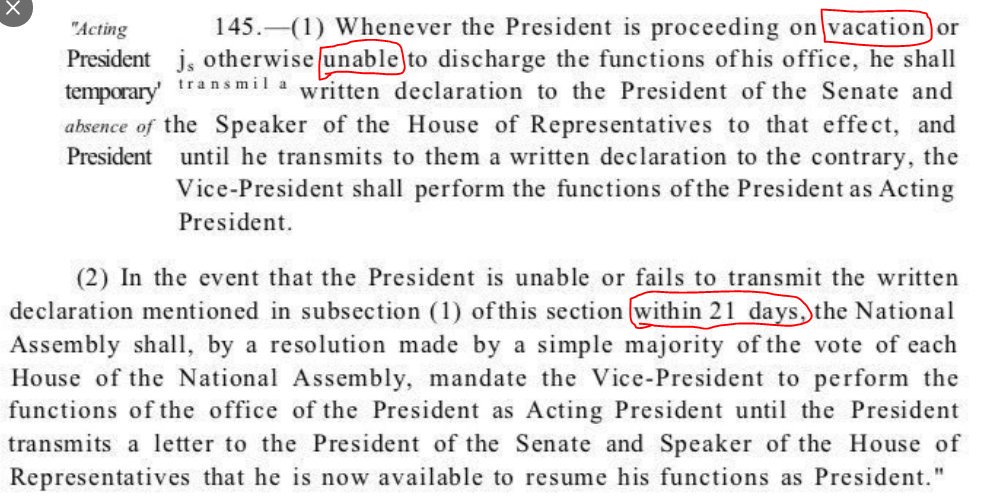 Somebody even related this to when President Y’aradua was sick & purportedly “signed” some bills on his sick bed in Saudi Arabia. Y’aradua was on VACATION, UNABLE to discharge his duty, & already absent beyond 21 days. That was contrary to the law. None of this is applicable to Buhari’s trip at any point in time till date!

Did you just say “As long as the President is not in the Country, the VP must be empowered to become the Acting President”? No, there is nothing like that in ANY NATION in the world. NO WHERE. Within the context of Nigeria, Obasanjo traveled than Buhari, Atiku never became Acting President ONCE, he didn’t even preside over FEC meeting for once!

“Chief Fawehinmi noted that in the three years of his governance, the President had travelled out of the country 93 times for a period of 240 days”… Within those 93 days that Obasanjo traveled, Vice President Atiku was never made the Acting President and no law was broken anyway!

“Why I travelled to 97 countries as president” — Obasanjo Within the periods that he traveled to those 97 countries, Atiku was never made the ACTING PRESIDENT for once, do you know the reason? No law was broken. Section 145 was clear enough on that!

Please read “Many Travels of President Jonathan by DailyTrust “He has already spent 45 days in office out of Nigeria in 2012 alone”….That was President Jonathan in 2012 alone. Do you know why VP Sambo was never made the Acting President? No law was broken by GEJ for traveling within that space of time without transmitting letter to the National Assembly.

Did you know why Falana asked court to declare VP Jonathan as ACTING PRESIDENT after Y’aradua’s saga? He was proceeding on VACATION, it was already more than 21 days, he was UNABLE to discharge his duty. The past & the present scenario are different completely.

Please read the link Buhari goes on annual leave, Osinbajo becomes acting President….That was 2017. He was going on VACATION, he didn’t need your suggestion then to do the right thing. Is Buhari on vacation today?

Kindly read Buhari begins vacation as Osinbajo becomes acting president…That was 2016, Buhari was on VACATION, he never requested for your suggestion before enacting section 145 of the Constitution. Stop muddling issues up, Osinbajo has the backing of his boss EVERY TIME…….EVERY TIME!

Instead of the media to educate Nigerians on the positives of Buhari’s assent to Deep Offshore Production Sharing Contract Act Amendment, the media went on their foolish headlines as usual (not all of them though)..The media has failed us. Did they remember to praise the 9th Assembly on this?

Well, to the new lovers of @ProfOsinbajo who hitherto are known to be #Atikulate & PDP in and out, now fighting on how VP was sidelined, thank you, we have noticed you all. We will need your services towards 2023 when @ProfOsinbajo shall be available. Please support him the more

As at today in history, no President has surpassed President Obasanjo’s foreign trips while he was in office & throughout, Atiku was never made the ACTING PRESIDENT…Not once. @OfficialPDPNig goons should calm down, Buhari has never gone contrary to the law on his trips.

Let’s appreciate the 9th National Assembly since the media looked away from them now that they did what couldn’t be done for several years & I mean this PSC Act amendment bill. 9th NASS has done it, they have done excellently during Ministerial screening. Budget cycle in December is sure also. We should appreciate such.