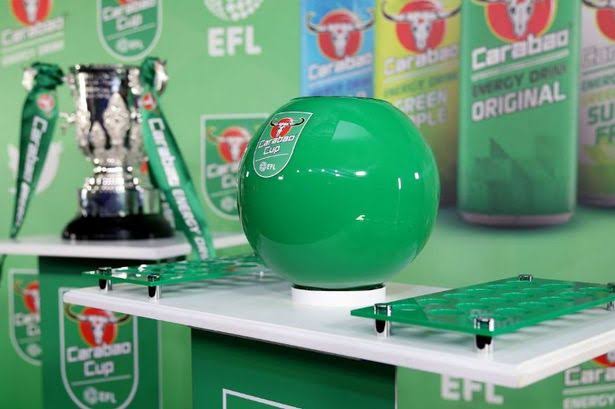 The carabao Cup Quarter-final draw has taken place on BBC 2 Radio and the following ties have been produced by former England Goalkeeper David James.

After Jurgen Klopp threatened to pull out of the Carabao Cup over concerns about Liverpool’s fixture pile-up, the EFL said on Thursday morning it is in discussions with the club to “identify an alternative date”.

Colchester, the lowest-ranked side remaining in the competition, will face five-time winners Manchester United after they reached the last eight for only the second time in their history.

Oxford’s reward for a penalty shoot-out victory against fellow League One side Sunderland is a repeat of last year’s third-round meeting against Pep Guardiola’s side at the Kassam Stadium.

The quarter-finals are scheduled to be played the week commencing December 16.