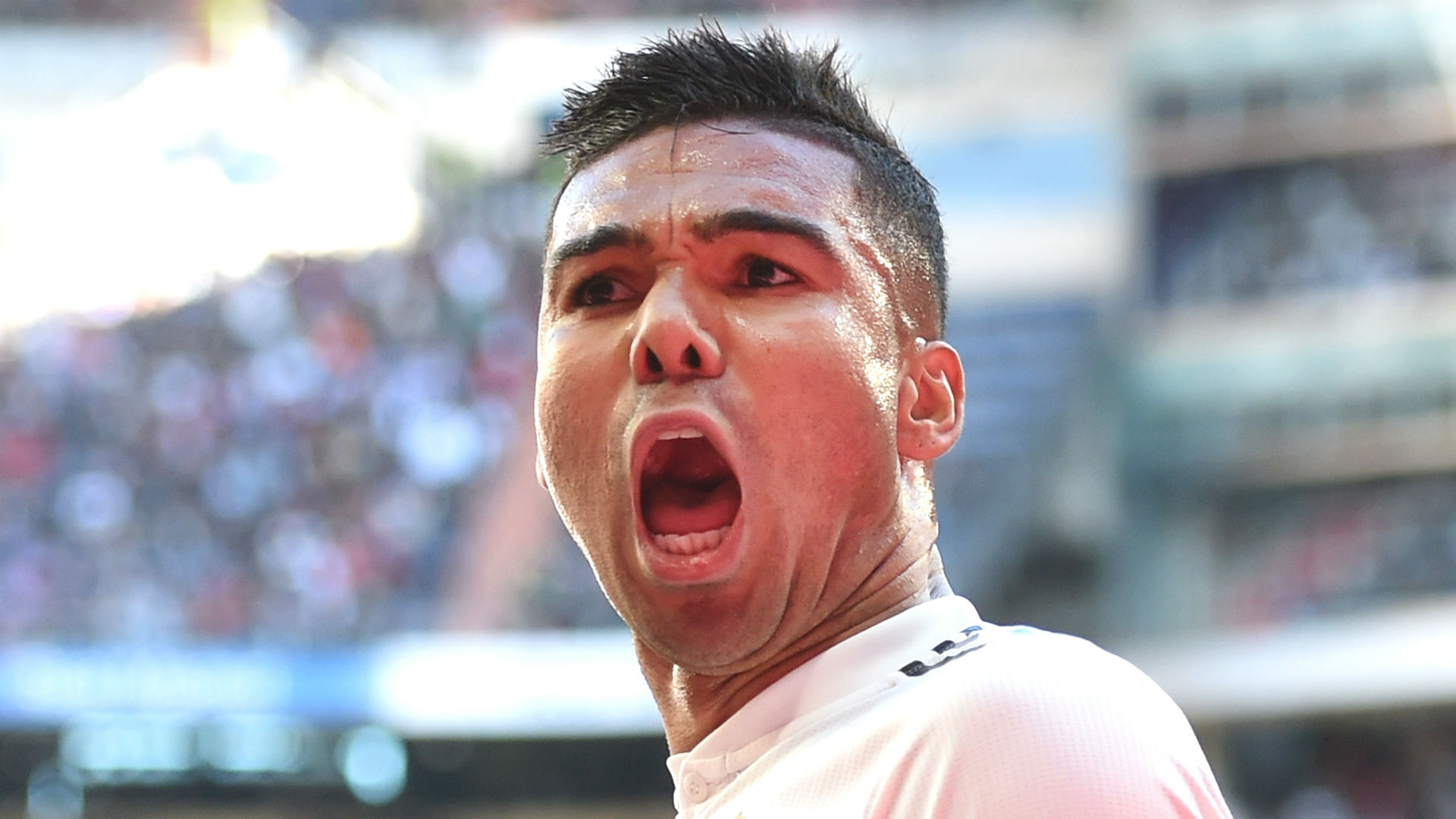 With superstars Eden Hazard, Gareth Bale and Sergio Ramos out injured, Karim Benzema only fit enough for the bench and new sensation Fede Valverde suspended, Real Madrid needed a leader and a hero against Sevilla on Saturday.

Their first-half performance was as grey as the gloomy skies above the Bernabeu and it seemed they might miss the chance to build on their Spanish Super Cup win and pile more pressure on scrambling rivals Barcelona.

But with Julen Lopetegui looking to get one over the club who sacked him last season and his Sevilla side on top, Casemiro stood up tall and pulled the game Real Madrid’s way.

Not just in his typical midfield whirling dervish fashion, but in the box too, where it counts, with two striker’s finishes to earn Real Madrid a 2-1 win and send them three points clear of Barcelona at the top of La Liga. A huge three points, because it means new Barcelona coach Quique Setien needs to get off to a perfect start against Granada on Sunday to stay on the front foot.

Madrid’s biggest loss may have been Valverde, whose red card in the Spanish Super Cup final for cynically taking out Alvaro Morata in extra-time saw him suspended for this clash. Arguably it was the decision that won Madrid the cup, which Ramos showed off to the fans back on home soil, but his absence here looked like it would hurt Madrid, until Casemiro took control.

Los Blancos couldn’t get a foothold in the game, with Sevilla shading it on nearly all counts in the first half. Neither side created many clear chances until Luuk de Jong powered home a header for the visitors in the 29th minute, which was cruelly ruled out after a VAR referral.

Eder Militao crashed into Nemanja Gudelj and stayed on the floor long enough to draw attention to it, with the officials deciding the collision constituted a foul, ruling out De Jong’s effort. That was the most notable moment of a gridlocked first half, with Casemiro eventually breaking the deadlock after 57 minutes.

The midfielder burst into the area to dink home after Luka Jovic’s excellent backheel through ball. It was a Guti-esque pass from the Serbian forward, who in recent weeks is starting to look more comfortable in a Madrid shirt, even if his €60 million price tag weighs heavy. As they celebrated Casemiro pointed at Jovic so the Bernabeu would applaud him. That’s true leadership.

De Jong got his goal with a fine drive to level in the 64th minute but Casemiro was in the right place at the right time to head Madrid back ahead five minutes later. He has 22 goals in 220 appearances for Madrid, not bad for a player who started off only as someone to scrap for the ball in front of his own box.

The Brazilian then won the ball back on the edge of the area and crashed an effort wide of the far post – it might have been his hat-trick – laughing as he turned away at the mere idea of it.

And Casemiro later made it perfectly clear that none of this had gone to his head, chopping down Oliver Torres to stop a Sevilla break as he resumed midfield hatchet man duties.

Casemiro won the ball back six times in midfield, doing his own job as well as that of a No.9. Zidane will be pleased that in the absence of his star forwards, the rest of the team is chipping in.

Madrid’s last eight goals have come from Casemiro, Raphael Varane and Luka Modric, with two each, while Toni Kroos and Isco added one apiece. Even though the team weren’t at their best, Casemiro ensured they got the result they needed. Over to you, Barcelona.