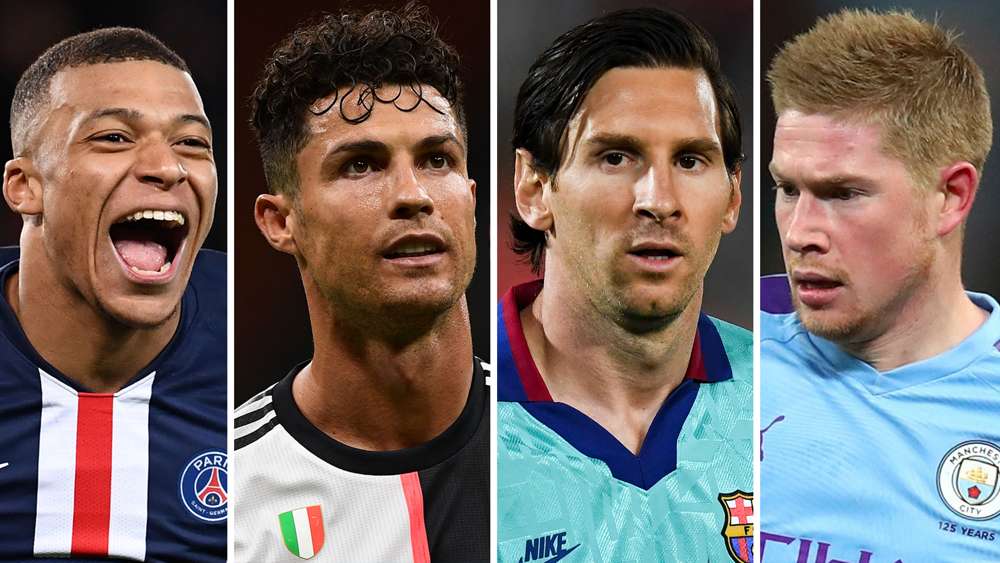 The draw for the quarter-finals, semi-finals and final were made from UEFA headquarters in Nyon, Switzerland on Friday

Cristiano Ronaldo and Juventus could face Real Madrid in the Champions League quarter-finals as the draw for the rest of the tournament was made on Friday.

Madrid trail Manchester City in their unfinished round-of-16 tie, while Juventus trail Lyon 1-0 ahead of the second leg.

Bayern Munich look likely to face either Barcelona or Napoli as they hold a commanding 3-0 lead over Chelsea, while debutants Atalanta will face Paris Saint-Germain.

Meanwhile, RB Leipzig will play Atletico Madrid after both teams knocked out Premier League opposition in the last 16.

With the route through the tournament drawn all the way to the final, fans can also look forward to some potentially huge clashes in the final four.

Madrid could face Barcelona in a Clasico semi-final, with Pep Guardiola also potentially up against one of his former sides in Barca or Bayern if his City side makes it through.

QF1: Real Madrid or Manchester City vs Lyon or Juventus

QF3: Napoli or Barcelona vs Chelsea or Bayern Munich

The quarter-finals, semi-finals and final will all be played as a straight one-leg knockout tournament in Lisbon throughout August.

The remaining last-16 second leg ties will be concluded over August 7-8, before the quarter-finals are played over four days in Portugal, beginning August 12.

The semi-finals will take place on August 18-19, with the final at Benfica’s stadium on August 23.

Manchester City will host Real Madrid while Chelsea will travel to Bayern Munich, among the four last-16

UEFA confirmed on Thursday that the remaining last-16 second leg matches will be played at home grounds as previously scheduled.

Atalanta, Atletico, Leipzig and PSG are all already qualified for the quarter-finals having knocked out Valencia, Liverpool, Tottenham and Borussia Dortmund respectively.