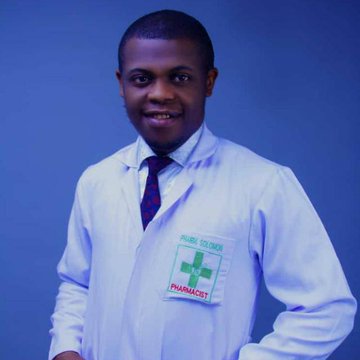 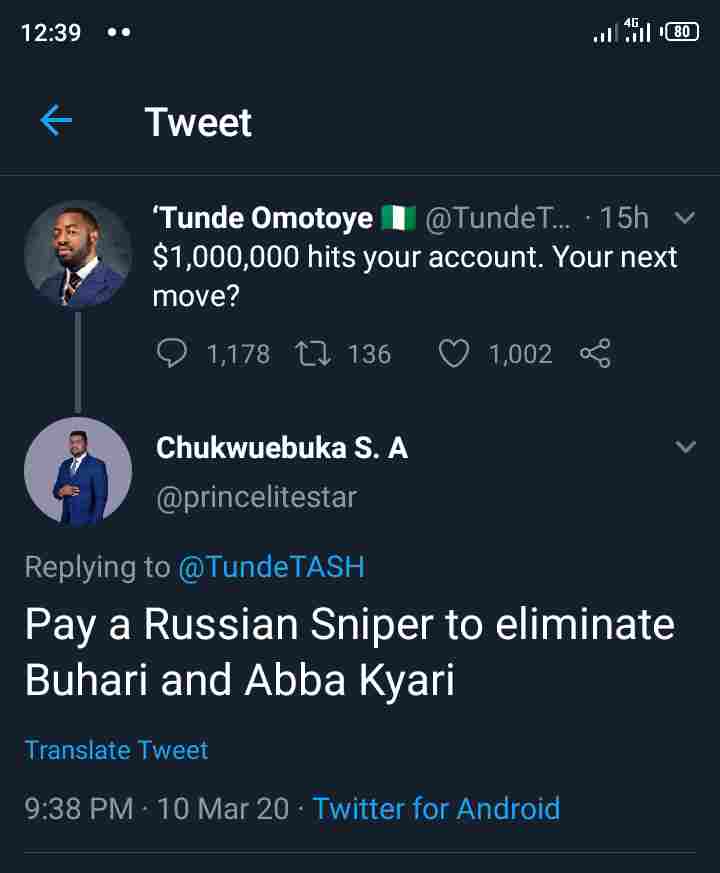 On Tuesday the 10th February 2020, Chukwuebuka S.A who introduced himself in his profile as a Pharmacist and a United Nation Ambassador has disclosed openly on the Social Media that he’s in need of $1,000,000 so as to assassinate the President of the Federal Republic of Nigeria and Abba Kyari the Chief of Staff.

This disclosure was made from his twitter handle @princelitestar while responding to a tweet by Tunde Omotoye (@TundeTASH) who had asked the question “$1,000,000 hits your account. Your next move?”.

In his own response, Chukwuebuka S.A said he needs $1,000,000 to pay snipers that will assassinate President Buhari and Abba Kyari. 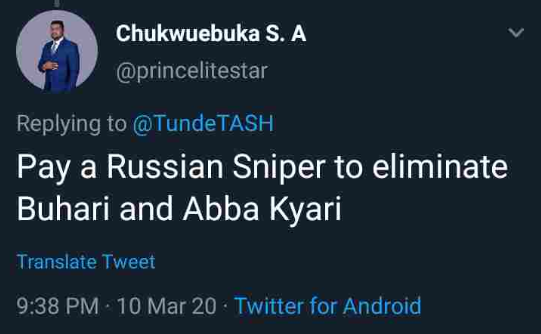 After reactions from Nigerians calling on law enforcement agency to pick him up for interrogation, Solomon Akuma quickly deleted both the tweet where he threatened to assassinate the President and all his three known twitter accounts @princelitestar @azlatan66 @solomon_akuma

Dear @HQNigerianArmy @PoliceNG pls do the needful and get this not so opportuned Assassin off our street! Unmask the idiot and deal with him merciless.
This is Treason! @ChiefOjukwu @Ayourb @DeeOneAyekooto pic.twitter.com/KJLFCyzyUa

Solomon Akume is known for posting divisive tweets online and this is one of the reasons we need the Social Media Bill.