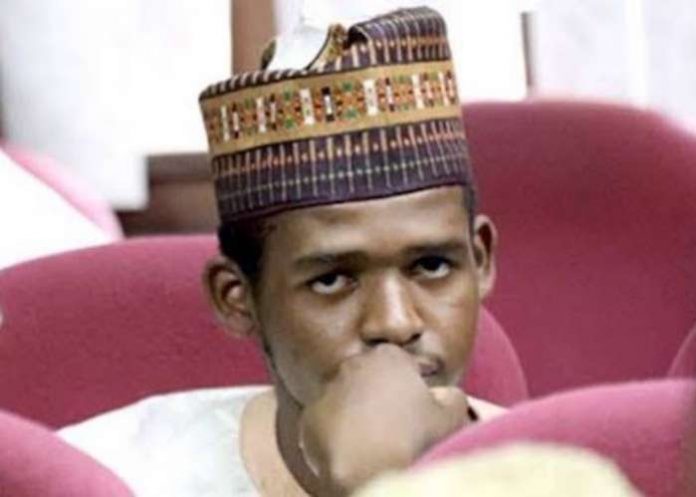 A Federal High Court in Abuja has revoked the bail granted the son of ex-Chairman of the Pension Reform Tasks Team (PRTT), Abdulrasheed Maina, Faisal and issued bench warrant for his arrest.

Faisal is being tried for money laundering related offence by the Economic and Financial Crimes Commission (EFCC) before the court.

Ruling on Tuesday, Justice Okon Abang granted an oral application by the prosecuting lawyer, Mohamed Abubakar for the revocation of Faisal’s bail and ordering his arrest for failing to turn up for his trial.

Abubakar had noted that Faisal has failed to attend court to stand trial, as against the undertaking by his surety, Umar Sani Dan Galadima (Kaura Namoda Federal Constituency of Zamfara State) that he would always attend court.

Justice Abang also granted Abubakar’s request the summons be issued on Sani Dan Galadima to show cause why he should not forfeit the N60million bail bond he undertook to forfeit should Faisal jumps bail.

The judge ordered the lawmaker to attend court on Wednesday (November 25) to show cause, failing which an arrest order shall be made against him.

The charges which were read to Faisal before Justice Okon Abang of the Federal High Court, Abuja, bordered on money laundering and false declaration of assets.