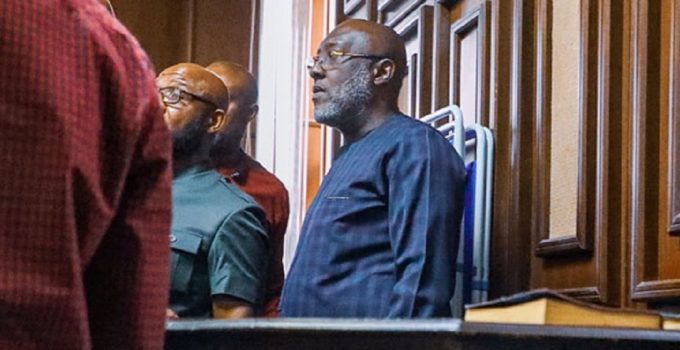 Olisa Metuh, a former spokesman of the Peoples Democratic Party (PDP), has been sentenced to 39 years in prison for money laundering.

Okon Abang, judge of a federal high court Abuja, handed down the  sentence on Tuesday.

The judge had earlier found him guilty of the seven-count charge filed against him by the Economic and Financial Crimes Commission (EFCC) which accused him of illegally receiving N400 million from the office of the national security adviser.

The judge held that all the years are to run concurrently, meaning Metuh would spend seven years in prison.

On count five and six, the court found Destra Investment limited, his company guilty and ordered them to pay N25 million on each of the counts.

Abang also ordered that the company be folded up completely.