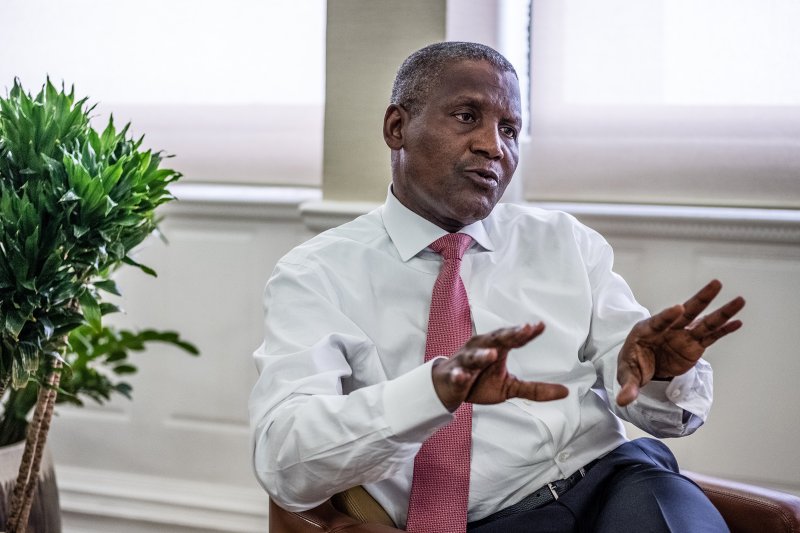 Nigeria’s billionaire businessman and President/CEO of Dangote Group, Aliko Dangote, has topped Forbes Africa’s Billionaires list for 2020 for the ninth time in a row.

The list according to Forbes captures only eight countries who have billionaires; Egypt and South Africa are tied with five billionaires each, followed by Nigeria with four and Morocco with two.

Maintaining the number one spot with a net worth of $10.1 billion, 62-year-old Dangote, an industrialist with investments in cement, oil and gas, flour and sugar surpassed Egyptian billionaire, Nassef Sawiris whose net worth stands at $8 billion.

Mr Sawiris’ most valuable assets are in Orascom Construction Industries (OCI) one of the world’s largest nitrogen fertilizer producers, with plants in Texas and Iowa.

He also has stakes in cement giant, Lafarge Holcim and Adidas, where he sits on the supervisory board.

Also tied at number three spot with Adenuga is South Africa’s Nicky Oppenheimer and his family with a net worth of $7.7 billion.

Oppenheimer, heir to his family’s fortune occupies a controlling spot in the world’s diamond trade and owns at least 720 square miles of conservation land across South Africa, Botswana and Zimbabwe.

Mr Rupert, another South African billionaire has a net worth of $6.5 billion.

The company is best known for its brands, Cartier and Montblanc.

Other Africa billionaires include:

Issad Rebrab and family with a net worth of $4.4 billion – Algeria

Mohamed Mansour with a net worth of $3.3 billion – Egypt

Abdulsamad Rabiu, a Nigerian with a net worth of $3.1 billion

Naguib Sawiris joins his brother, Nassef, in the top 10 wealthiest Africans with a net worth of $3 billion.

On number 10 spot is Patrice Motsepe from South Africa, with a net worth of $2.6 billion.

Capping the list at number 20 spot is Nigeria’s richest woman, Folorunsho Alakija who has a net worth o $1 billion.