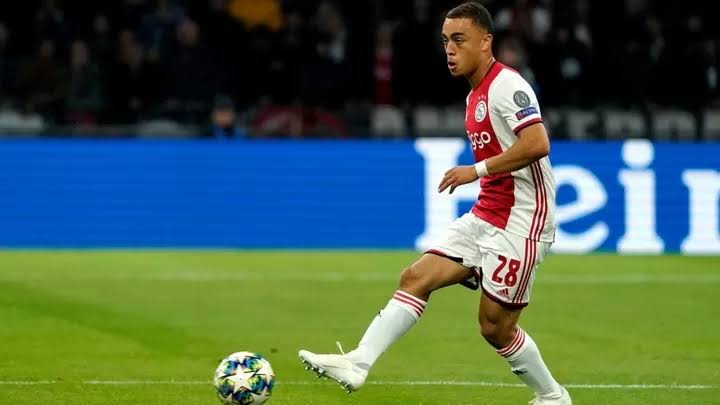 Ajax full-back Sergino Dest has left the club’s training camp in Qatar because of concerns over the political situation in the Middle East.
The Dutch club confirmed that the 19-year-old requested permission to return to Amsterdam amid rising tension in the region following the United States’ assassination of Iranian Major General Qasem Soleimani at an airport in Baghdad on January 3.
The political crisis between the countries has raised fears of a possible war in the Middle East, though US President Donald Trump suggested on Wednesday that there would be no military response to Iran’s missile attacks on Iraqi bases.
Editors’ Picks
Lille star Osimhen confident ahead of ‘difficult’ Champions League trip to Ajax
‘I was always viewed as a youngster at Arsenal’ – Iwobi wants to make a name for himself at Everton
Better than Nicolas Pepe and Angel Di Maria: Samuel Kalu is Europe’s top dribbler
Messi: I would’ve loved Neymar to return to Barcelona
The situation prompted the United States national team to cancel plans for a training camp in Qatar a day after the drone strikes that killed Soleimani and nine other passengers of the flight he was on.
Ajax, however, have been training in Doha for the last six days as they prepare for the Eredivisie to return after the winter break, but United States international Dest had been feeling uncomfortable.
“Sergino Dest has asked if he could leave Ajax’s training camp in Qatar,” the club confirmed on their website. “He didn’t feel comfortable. Ajax understands his request and has honoured it. The right-back will join Jong Ajax in Amsterdam.”
Ajax faced criticism for their decision to train in Qatar due to the political problems in the region and the country’s human rights violations, with organisations such as Human Rights Watch and Amnesty International publicly bashing the club and urging them to stay away from the country.
“In 2019, as a sports organisation, you can no longer close your eyes to this kind of problem,” Human Rights Watch spokesman Jan Kooy told Het Parool in October. “It is incomprehensible that Ajax is going to train in such a country. There is a cartload of documentation about what goes wrong there.”

Amnesty International spokesman Ruud Bosgraaf said: “It is not the case that the club is obliged to play matches there, such as the Dutch national team during the World Cup in 2022. Sport and politics are not separate worlds. You have to acknowledge that as a respectable football club.”

But CEO and club legend Edwin van der Sar dismissed such criticism, saying Ajax should not be making political statements.
“We know what is going on in the world, we are not alien to the world,” he said in December. “But Ajax is not the party to make a statement about this. We are a large company, but not to that extent. I think the royal family sometimes goes there.”