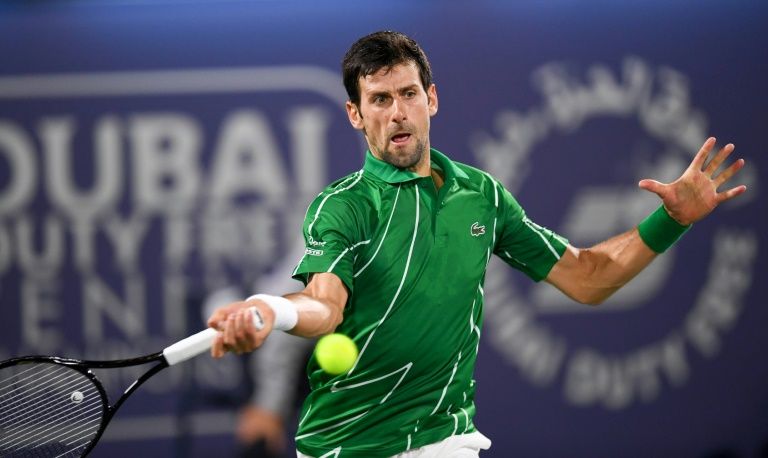 Novak Djokovic and Stefanos Tsitsipas powered into the Dubai Championships quarter-finals with runaway victories on Wednesday.

World number one Djokovic eased to his 15th straight win of the season with a 6-3, 6-1 demolition of Philipp Kohlschreiber in only 61 minutes.

Djokovic, aiming for a fifth Dubai trophy, reached the last eight with his 12th win over the 36-year-old Kohlschreiber in 14 meetings.

“I was very sharp from the beginning, mentally,” the Serbian said. “It took me a first few games to get used to the tricky conditions.

“It was pretty windy on the court, changing directions all the time. It was not really easy to get the rhythm.

“You have to take Philipp seriously regardless of his ranking (80th). He has tremendous experience of playing on a big stage. He actually likes this kind of challenge.

“I knew I’d have to be sharp, stay focused all the way till the end, not allow him to feel like he has a chance to come back to the match — that’s what happened.”

Tsitsipas next takes on German Jan-Lennard Struff, a 6-1, 6-0 winner against Nikoloz Basilashvili.

Tsitsipas, still recovering after his flight from France, said: “Right now I feel a bit sleepy. It’s because I sleep late every day.

“It’s difficult for me with the jetlag. On the other hand, I’m playing pretty relaxed. I feel my body (is) flexible.

“I feel my mobility is good. I’m not really tight, which is good.”

Victory backed up the second seed’s defeat of Bublik last Saturday in the Marseille semi-finals.

“I’m trying to keep it well-balanced,” he said. “I don’t want to give too much out there, I want to compromise.

“It’s great being in a position where I am right now, number six in the world, trying to get better every single day.”

Monfils will bid to reach a third consecutive semi-final against compatriot Richard Gasquet, who won an all-French battle with Benoit Paire 6-4, 6-4.

The win was a personal-best 11th in a row for Monfils who has lifted titles this month in Montpellier and Rotterdam.

“I played a great match, I’m feeling very strong at the moment,” said Monfils, who leads his head-to-head against Gasquet 10-7.

“We are best friends, there are no secrets between our games. It will be a big match and I have to be ready.”

Russian sixth seed Andrey Rublev raced away with the second set to score a 7-6 (7/3), 6-0 win over Filip Krajinovic, exacting revenge for his defeat by the Serbian two weeks ago in Rotterdam.

The 14th-ranked Rublev lifted the Doha and Adelaide titles back-to-back earlier this year before his 11-match winning streak ended with a loss in the Australian Open fourth round to Alexander Zverev.

Rublev, who was ranked 112th a year ago, improved his win-loss record this season to 15-2.

“The first set I think was the main one. I saw after the first that he was really tired,” said Rublev. “That gave me even more confidence, the second set was easier.”

He next faces Dan Evans in the last eight.