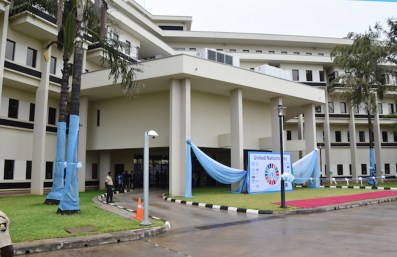 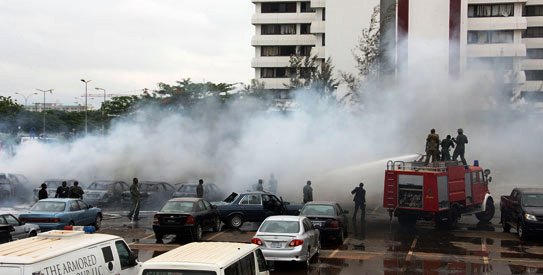 The Federal Government has commissioned the reconstructed United Nations building in Abuja, eight years after a car bomb explosion by Boko Haram, destroyed the building. The building has been closed since a deadly Boko Haram suicide attack in 2011 during President Goodluck Jonathan tenure.

The commissioning of the building coincided with the marking of the 2019 UN Day which was 24th October, 2019. The event on Thursday was opened with renditions of Nigeria’s national anthem and the U.N. anthem played by Nigeria’s National Assembly guards brigade. Then, the reconstructed U.N. building officially reopened.

Speaking about the event, Mark Lowcock, U.N. Under Secretary General for Humanitarian Affairs said “The reopening of U.N. house today is an act of defiance against such terror”. “We stand together to say that we will not be cowed by violence. We will continue to support the Nigerian people, fulfill their dreams of a future of prosperity and security.”

Twenty-three people including U.N. workers, guards, and visitors were killed in the 2011 blast. More than 60 others were injured.

Representing President Buhari, the Federal Capital Territory (FCT) minister, Malam Muhammad Musa Bello stressed that the efforts of the UN over the years in addressing global issues including conflicts, health and humanitarian matters, climate change and environmental degradation, had continued to bear positive results around the world, adding that it has also lent credence to the opinion that the UN has made the world a much better place.

He affirmed the determination of Nigeria to stand firm in the face of of the terrorism onslaught by Boko Haram insurgents on the military.

He vowed that the federal government will not be cowed but will remain resilient in the face of acts of terrorism “designed to break our spirit”.

Buhari described the commissioning of the building as a testament of the progress Nigeria has made over the years in the fight against terror in the country.

He also assured the UN family, other visitors and Nigerians of their safety and comfort at all time.

The UN Resident and Humanitarian Coordinator, Mr. Edward Kallon, commended the President and people of Nigeria for the unwavering support for the UN and commitment to the rebuilding of the bombed UN house.

Kallon described the rebuilding of the house as a demonstration of Nigeria’s resolve to tackle terrorism and refusal to be bowed by it.

He also said that the UN humanitarian work in the North East still remains a priority and expressed the hope for more synergy with relevant Ministries, Departments and Agencies (MDAs), especially with the creation of the Ministry of Humanitarian Services.

The theme for the 2019 UN Day celebration in Nigeria is, “The future we want, The United Nations we need: Reaffirming our collective commitment to multilateralism”