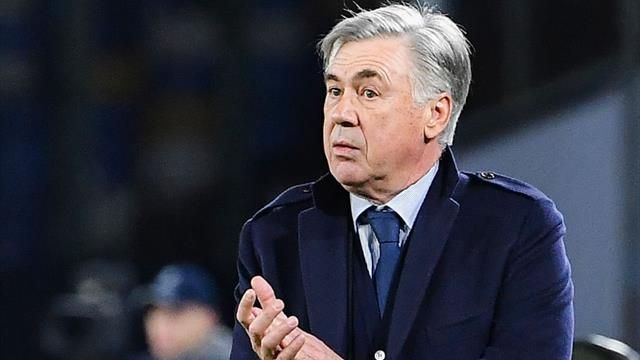 Carlo Ancelotti is expected to be confirmed as Everton’s new permanent manager on Thursday or Friday.

The Italian will, therefore, be able take charge of his first game when Arsenal, with whom he was also linked, visit Goodison Park on Saturday, potentially under their own new boss in Mikel Arteta. Sponsored link

Ancelotti, 60, reached an agreement in principle to become Marco Silva’s successor late on Monday following talks on Merseyside earlier in the day.

The club insisted on Monday that they had not yet made a contract offer to any candidate involved in the “process” but had held meetings with a number of them.

They confirmed caretaker boss Duncan Ferguson, who has achieved victory over Chelsea and a draw at Manchester United so far, will continue for their Carabao Cup quarter-final against Leicester on Wednesday.

Ancelotti swiftly emerged as the primary target for Everton’s majority shareholder Farhad Moshiri and chairman Bill Kenwright after he was sacked as Napoli manager last week.

Ancelotti won the Premier League, the FA Cup and the Community Shield during his tenure at Chelsea between 2009 and 2011.

He has also lifted three Champions Leagues as well as league titles in France, Italy and Germany.

‘I have to take my hat off to them if Everton pull this off.

‘The supporters have been complaining a lot about managers they’ve had in the past and why not, rather than spending a lot of money on the pitch, give them one of the real elite managers on big-money wages. It is wise to bring someone in who’s a real top football coach.

‘In Ancelotti, you are getting someone who is right at the top of football. This is a man who Evertonians, if it comes off, can say has won more than Jurgen Klopp and has won Champions Leagues. It gives them something to buy into with that manager.

‘Still, I can’t change my view that whether it was Arsenal or Everton, I’m not sure he is the man for these types of jobs. I think that no matter how successful Ancelotti has been in the past he’s never really had this type of job or certainly excelled in this type of role, but as I’ve said he hasn’t had it before.’

“This would be a major statement from Everton. Their ambition is to win trophies, and Ancelotti has won 15 in his career. He falls into the bracket of world-class manager that Farhad Moshiri wants.

“Ancelotti feels he will get the right sort of support at Everton, and it’s a project he is interested in and that he can get his teeth into.

“It would be the kind of appointment among Everton fans that would be hard to disagree with. While Ancelotti has got great experience, he can learn from the passion that Duncan Ferguson has ignited on the touchline at Everton.”