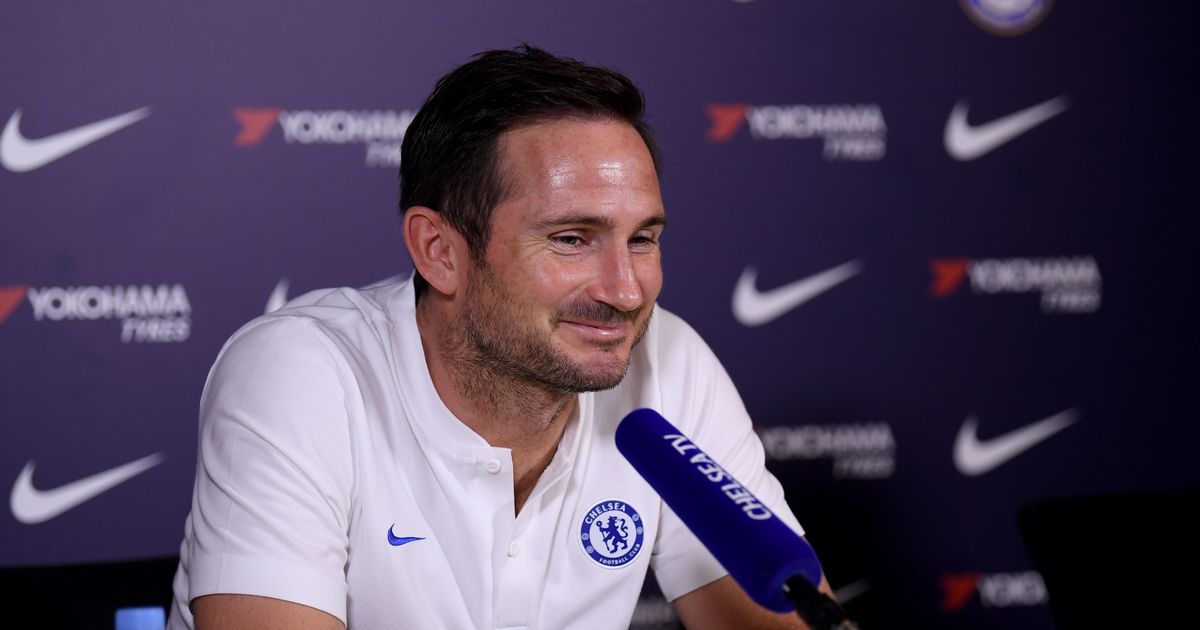 Manager of the Month award. Proud?

“Proud, appreciate it. Really nice award to win as a manager, against very good competition. I respect all the other managers in the Premier League, I know the job they do now that I am here.

“It is a good time to thank people at this club. They help me daily. I may take the picture but there are people behind the scenes, particularly my close staff who put in the hours that we do, and the players who perform. So thanks to them.”

Ajax, shame not to win the game a negative after the comeback?

“I don’t think there are many negatives from our point of view. Maybe when you concede four, from our point of view some of the goals were freakish, some were on us. When you concede, we don’t like that. But the when you play a team the level of Ajax then you feel the strength in the team, the quality and resilience to come back and to draw the game from 4-1 down is not easy against top opposition and I think we should take a lot of positives out of it as a club. The fans were fantastic as well, if we can create a similar atmosphere that we had in the second half against Ajax, it starts with us. It starts with the players, playing with the passion that they did. I think it can really help.”

“Ross has an ongoing issue so he is not in the squad tomorrow. It is a conversation I will have with Gareth and Ross and everyone to see how it pans out over the next ten days. I am not sure on that one, he won’t be in our squad.

“With Mason he is in the squad, we will give him 24 hours and make a call on that in the morning.”

“I am delighted. Particularly as it is pretty much new call-ups. Pretty much new for Tammy, he has been there before, Fikayo a new one this year. Callum having been out for a long time, Mason, those young boys. Ross we know has been there before. I am delighted their form and dedication has got them their call-ups. I know they are proud, I am proud to have them get England call-ups. I am proud of all the players who go away with the national teams, but to see young lads get their first steps in the national team is great.”

“We are looking in the mirror at ourselves. Up or down aren’t always things you can control, what will be will be. They might have their problems or strong points, or whatever. What we have to do is look at ourselves week in and week out. Look at Crystal Palace tomorrow, go away for the international or a little break and then come back and play Manchester City. Every week brings a challenge. At the moment we are pretty happy with what we have done, but I think we can get a lot better. We shouldn’t look too much at anywhere else other than within.”

How important to go in to international break with a positive?

“I have had both those emotions already this year. So we drew against Sheffield United but dropped a two-goal lead. Obviously we beat Southampton going into the last one. So I get that completely, as a manager I take it very firmly when we have had the negatives and the positives too. It has been a positive month, hence the award that I got personally and moved up the table. In football we know that it can move very quickly. We want to get the right result but we have to respect every team in the Premier League, respect Crystal Palace. They are not far from being up and around us, with some really good form and performances. By no way is it going to be an easy one for us.”

What kind of player do you see as N’Golo Kante?

“In my idea of N’Golo Kante, people talk about him very casually as the best defensive midfielder in the world but I don’t think that’s the full story. I am not criticising him, it is actually the opposite. There’s much more to his game than that. I don’t even think at Leicester you could bracket him in that way. They had a distinctive way of playing.

“He suited it, he had energy, he could get around everywhere so a defensive midfielder in my mind is someone who sits in front of the back four or back three but I think he has got much more than that. I think he has shown all of those assets over the last four years for whoever he has played for: Leicester, Chelsea and France. He can give you more. That’s hopefully what we will be getting now he is fit again.”

With Jorginho out suspended, could Kante play the same role?

“It depends how we set up as a team. They have different qualities. It is quite clear to see. We will set up the midfield as it is not just a like-for-like with those two. There’s other players and it will be how we set up as a unit rather than the individual as the replacement.”

How is the injury to Rudiger?

“He had an operation and he is going to be out probably for three weeks, hopefully. Then we will have to see where match fitness comes in because he has been out for a long time now. It was nice to get something definitive about it because we have been trying to find a solution and he has been having some issues. It is not easy for a player in that position. So hopefully we are at that stage and hopefully in three weeks time we are in a lot better place.”

Pleased with how you have coped without him?

“You are going to do well to cope without quality players. We have not had N’Golo for a long part of the season. Ruben Loftus-Cheek we have not had. Toni, of course, we have not had. That’s one of the nice stories in terms of the rest of the squad but we would gladly take them all back.”

“It is a long road. It is a difficult one for Ruben because he is obviously keen. We all want him back. We know the quality but it is going out be a while. I feel for him because people ask probably and the good thing to say might be I am really pushing on. It might be next week. It might be next month but I don’t think that will quite be the case. I think we need to let Ruben get on with it. We are all supporting him here but there’s no immediate news.”

Manager of the Month award can be a curse. Worried about that?

“It doesn’t confirm to me that I am doing a good job. Albeit it is a nice award to get on an individual basis. It certainly is an award that relates to much more than that about what the club is doing and the people working behind the scenes. I appreciate it and I receive it not just for myself. On the curse, I have heard of it. I know it and I am relatively superstitious. I was always as a player and I carry it into my management. So hopefully the players will go out and prove the curse wrong tomorrow because we want to carry on our momentum.”