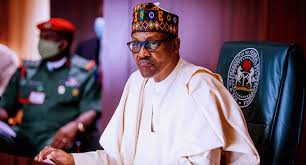 The payment will come directly from the Presidency as the National Assembly is on break and the 2020 budget for the NDDC has not been passed.

Channels Television learned the field auditors will also look into the 12,000 abandoned projects in the Niger Delta.

The Minister of Niger Delta, Mr Godwill Akpabio, disclosed this on Wednesday after the virtual FEC meeting presided over by President Muhammadu Buhari.

The NDDC became a subject of controversy over allegations of corruption in the award of contracts and the non-payment of Nigerian scholars under the payroll of the commission.

Following this, the National Assembly invited Akpabio and the NDDC boss, Daniel Pondei to probe the activities of the agency.

Appearing before the House of Representatives Committee on NDDC in a public hearing on July 20, Akpabio accused the lawmakers of benefitting from most contracts awarded by the commission.

However, this did not go down well them as the Speaker of the House, Femi Gbajabiamila threatened a legal action should the Minister fail to name the purported lawmakers involved in the contracts.

The House also asked Akpabio, to publish the names of the members of the National Assembly who got contracts.

In a statement issued on July 28, the spokesman for the House and Committee Chairman on Media Affairs and Publicity, Benjamin Kalu, said that the minister had alleged that 60 percent of all the NDDC projects were awarded to members of the lawmakers between the months of January and May 2020.

Kalu explained that following the claim, the leadership of the 9th House issued a 48-hour ultimatum to Akpabio to publish a list of the lawmakers.

The House spokesman revealed that the lawmakers evaluated the minister’s letter and the directive to press charges against him have not been lifted.

Also, President Buhari reacted to the controversy trailing both the commission and the Economic and Financial Crimes Commission (EFCC).

The President who spoke after the Sallah service on July 31, said some people trusted by his administration have abused the privilege.