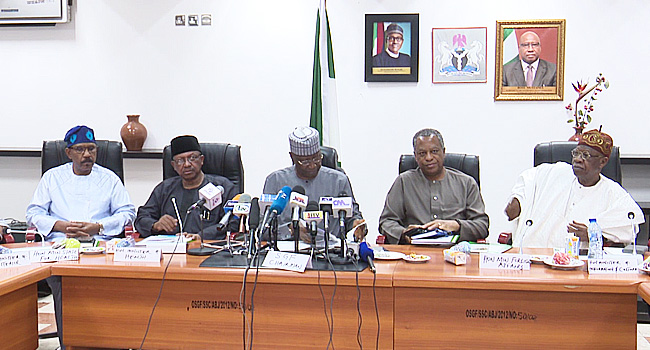 The Federal Government on Tuesday inaugurated a special task force to take charge of the national response strategy and management of the COVID-19.

The task force will be headed by the Secretary to the Government of the Federation, Boss Mustapha, while Dr Sani Aliyu has been named as the National Coordinator.

They are also expected to advise the Government on the various containment measures.

Speaking at the inauguration, Mr Mustapha noted that the task force will give the President a daily brief on the situation.

Meanwhile, shortly after the inaugural meeting, the Federal Government declared that all government officials have been banned from embarking on foreign trips.

He also urged Nigerians coming in from outside the country to self-isolate themselves for 14 days to ensure they do pose a threat to their immediate environment.