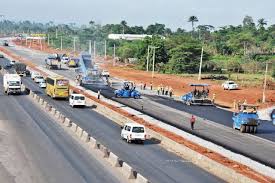 A part of the outbound Kara Bridge on the Lagos-Ibadan expressway has been shut down by the Federal Ministry of Works to enable the ministry to carry out an integrity test on the infrastructure and determine its serviceability.

This follows the numerous accidents that have occurred on the bridge over time; the latest which occurred on Sunday involving a fuel tanker and trucks which resulted in an inferno and the loss of two lives.

In a letter to the Lagos State Government seeking its support in carrying out the work, the ministry explained that the contractor handling that section of the expressway requested that the bridge be shut to facilitate the project.

The Controller of Works in Lagos, Mr Kayode Popoola said that traffic would be diverted to two lanes, instead of the original three on the highway, and appealed for motorists’ cooperation and understanding.

Kara Bridge got burnt after a tanker accident and we have to carry out an integrity test. The test will be done by Julius Berger Nigeria Ltd,” he said.

According to him, there would be a partial closure of one lane in the sense that instead of three lanes, traffic will now be restricted to only two lanes, that is, the Ibadan-bound lane.

Already, some Lagos State Emergency Workers have been working to remove the burnt tanker and truck which had been left on the bridge since Sunday.