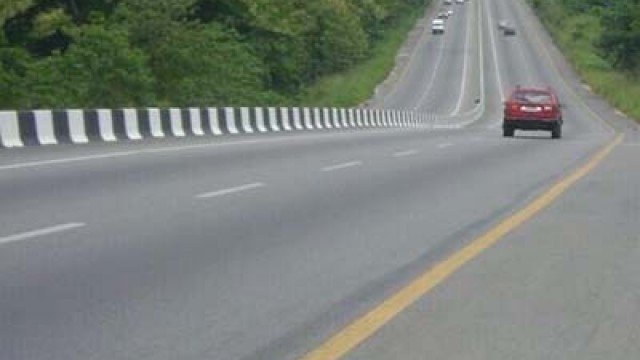 The Minister of Works and Housing, Mr. Babatunde Fashola SAN, has updated the Federal Executive Council on the ongoing road and bridge construction/rehabilitation projects nationwide, highlighting 80 of them as priority projects scheduled for completion in the 2020-2021 fiscal year.

Every State including FCT has at least 3 ongoing Highway, Bridge projects being executed by FG
• 80 Projects prioritized, to enhance ease of doing business
• Projects include 27 Sovereign SUKUK Funded, 47 scheduled for substantial completion in 2020/2021, 4 major bridges and 2 roads leading to the ports
• Also 43 Federal Tertiary institutions benefiting from
rehabilitation of internal roads, 10 already completed

Fashola, who gave the updates in a presentation he made before the Council, said a total of 524 road and bridge projects were currently going on across the country adding that every State in the Federation including the FCT has at least three such ongoing projects.

He listed those on priority to include 27 financed with Sovereign SUKUK Fund, 47 scheduled for substantial completion in 2020/2021 and other priority projects, two roads leading to the ports and four major bridges.

He noted that Federal roads and bridges (categorized from A1 to A9) are major arterial routes that connect all states in Nigeria including the Federal Capital Territory, adding that the routes and bridges linked cities with high economic activities and carried majority of Heavy Goods Vehicles which gradually dispersed through the link routes to different parts of the country.

Others include Dualization of Ibadan-Ilorin (Section ii) in Oyo State, reconstruction of the outstanding Sections of Beni-Ofosu-Ore-Ajebandele-Shagamu Expressway Phase iii, pavement strengthening and asphalt overlay of Ajebandele- Ijebu Ode-Shagamu Road in Ogun State.

Some of the projects scheduled for substantial completion in 2020/2021 and other priority projects, according to the Minister, include rehabilitation of Alesi-Ugep (Iyamoyung-Ugep) Section in Cross River State, construction of Yenegwe-Okaki-Kolo-Nembe-Brass Road and completion of rehabilitation of Ada-Okere-Ukoni-Amedokhiom Old Road, Uromi, Edo State.

The brief also provided a detailed record of ongoing road and bridge projects in the 36 states of the Federation and the Federal Capital Territory.

Some of the tertiary institutions where the Ministry is currently intervening on roads, according to the report, include the University of Benin where work is ongoing on the rehabilitation and Asphalt Overlay/Construction of Reinforced Concrete Drains and Kerbs and Asphatic Surfacing of three Car parks of 1.1KM Internal Road.

The Minister, however, told Council that in order to accomplish the objective of completing the prioritized projects in scheduled time, an additional N255.6 billion would be needed to close the funding gap for the projects pointing out that the amount was the difference between the appropriation for the project in the 2020 Budget, which stands N157.05 billion and the actual estimate for the completion of the projects which stands at N412.64 billion.