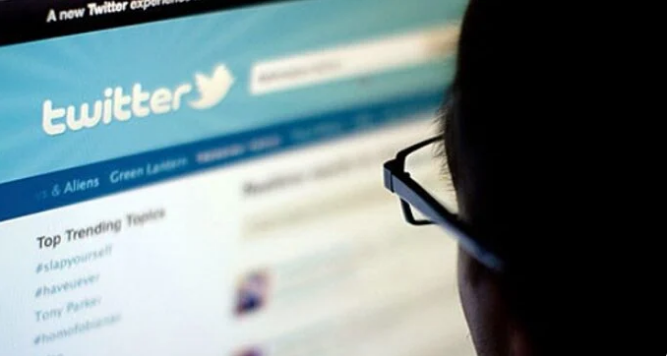 I first heard about Twitter during my final year at Ife University in 2011. I neither knew how it worked nor how to even be a part, at the time. I only knew of Facebook which I rarely used since Twitter users made themselves appear like an elitist, members-only club. I won’t open a Twitter account until three years later. This is how I became, like most users, addicted to the network ever since, largely running political commentaries and advocating social changes.

Like many people, I was affected by the sudden, and rather harsh decision, of the Nigerian government to suspend Twitter operations in the country till further notice. The government followed this swiftly by directing telecommunications networks to carry out the decision to the letter. This was obviously not a decision anyone welcomed, including me.

Since the Nigerian government announced the suspension of Twitter operations in the country, there has been series of reactions to the development – even from those who have never tweeted or opened Twitter in their lives – most of which are based on raw emotions or sentiments. This is understandable when we consider the fact that Twitter has become popular as a source of news for many media stations and entertainment for young internet users. However, we may need to take away sentiments or emotions in other to set records straight or put issues in proper perspectives and contexts.

Many reactions on this issue have come from the background that it was wrong for the government to have swiftly responded with an indefinite suspension after Twitter deleted President Muhammad Buhari’s tweets. The strength of this argument lies in the fact that Twitter has previously deleted the tweets and account of former President Donald Trump of the United States in December 2020. With this, they saw nothing wrong with Twitter’s action on Buhari.

Anyone familiar with US politics leading to Twitter deleting Trump’s account will clearly see the folly in this line of thought. First, Twitter deleted Trump’s tweets after several warnings. There’s no such warning to President Buhari. This, in itself, is disrespectful to, perhaps, the most powerful political office in Black Africa. Second, Twitter only deleted Trump’s tweets after it became clear he’s, for all practical purposes, lost his reelection. It would have had serious implications on Twitter to delete Trump’s account if he had won the November election. Twitter knows this for a fact. The implication of deleting a sitting president’s tweets, without a previous warning, is the heat Twitter currently faces (or is facing) in Nigeria.

Let’s even look at the deleted tweet, dropping our toga of emotionalism and stepping out of collective rage. The tweet that arsonists, looters, armed criminals who are hell-bent on destroying democratic institutions like the Independent National Electoral Commission (INEC)’s facilities, police formations, public offices in some parts of the country will be spoken to “in the language they understand”, cannot mean “genocide” if we’re to be honest.

Twitter is a US-based private company. Did the US government roll out the red carpet for those who violently invaded the Capitol Building last year? When the US government released the National Guard against the insurrectionists, did Twitter or any other liberal media make a fuss about their human rights? Don’t people have the right to freedom of expression anymore? If Trump’s supporters felt cheated during the election, as we’ve been made to believe, don’t they have the right to express themselves like anyone else, say Africans? Or, is Twitter’s case that of the wolf knows how to breastfeed its own child but devours the children of other animals?

Why were US insurrectionists met with force without any international condemnation, even from Twitter? What was Twitter’s “holier than thou” position at the time? Is Twitter hoping the president and commander-in-chief of Nigeria’s armed forces – a position he got under the 1999 constitution – will continue to watch while some over-pampered outlaws continue their sustained attacks on democratic institutions and wreak havoc on the lives and properties of innocent citizens?

Even though the nation strives to improve its democratic profile, no country – not even Jack Dorsey’s United States – will tolerate the activities of a terrorist group like Indigenous People of Biafra (IPOB) under the guise of freedom of speech. Will Twitter have provided a platform for the Irish Republican Army (IRA) – who made an audacious attempt to assassinate prime minister Margaret Thatcher in 1984 under the guise that IRA is fighting for Irish “home rule” and expect the UK to watch hopelessly?

Twitter only started finding out that Nnamdi Kanu’s tweets violated their rules after the decision of the Nigerian government to suspend their operations. That Twitter even took this action alone confirms some fears that the company is an international agent of destabilisation.

Those who argued that the Nigerian government should not have suspended Twitter for deleting Buhari’s tweet are either super-emotional or simply trying to be dubious. The Nigerian government has so many problems we citizens can complain about, but a foreign company disrespecting the office of the president of a sovereign state is beyond any means of tolerance to start with. IPOB’s continuous use of Twitter as a means of propagating hatred, sponsoring violence, and other nefarious activities under the guise of freedom of speech is not what anyone should tolerate.

Prime Minister Narendra Modi’s government of India called for suspending more than 1,000 Twitter accounts and posts, over disseminated false information about the protests and India’s agricultural laws. Twitter restored their access, including those of violent separatist leaders in the country. The government responded by taking firm actions against Twitter and launching a rival social platform, Koo. It was after the Indian government’s firm decision that the blue verified badge on the Vice President of India, Venkaiah Naidu’s personal Twitter handle – previously stripped off – was restored. A nation won’t lose its sovereignty or collapse just to keep a foreign private company happy.

To be fair, Twitter may not be able to tell what constitutes threats to national security and what does not as such vary from country to country. This is well understood. But, I insist, the elastic nature of the applications of Twitter Rules as it applies to IPOB-related tweets look too coordinated to be a mere coincidence. The decision to remove them after the Nigerian government suspended their operations proves just this!

I understand that Twitter has taken some heavy diplomatic steps to get the Nigerian government to rescind its decision. None of those countries issuing diplomatic statements – including the US, UK, Canada, etc – will tolerate Twitter allowing separatists or terrorists to use the platform against their countries’ interests. The Nigerian government should use this opportunity to come up with a legal framework for the operations of foreign social network companies in the country. Taking aside needless sentiments, within the context, the Nigerian government took the right decision, albeit a painful one. I hope Twitter and other tech giants learn their lessons about respecting the sovereignty of states.

Olalekan Adigun, a public affairs analyst, writes from Lagos. He can be followed on Twitter and Koo using @MrLekanAdigun