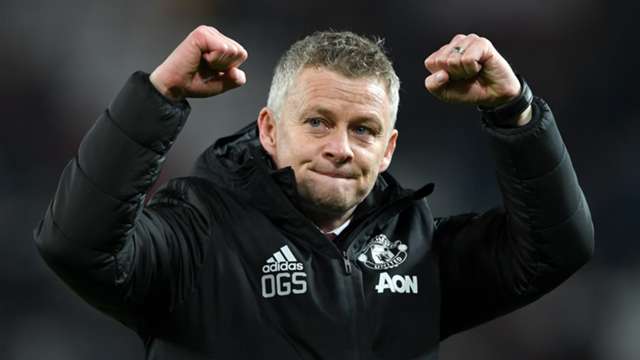 Six short days ago, Manchester United drew at home against Aston Villa and they were drifting aimlessly around the Premier League’s midsection. It was a pitiful, purposeless performance against one of the league’s worst away teams.

That’s the way United had been for most of the season; at Southampton and West Ham, Newcastle and Bournemouth. Against Wolves and Crystal Palace and Sheffield United. Those kinds of teams United would have beaten with their eyes closed in days gone by.

But there was something missing. The more Ole Gunnar Solskjaer’s team are fancied to win a game, the more difficult they make life for themselves.

Whether it’s the burden of expectation or a lack of tactical guile on the part of the manager, United struggle against ordinary teams because in those circumstances they are pretty ordinary themselves.

But something is stirring in United in these big games.

Saturday night’s merited Manchester derby victory means that in five league matches against their traditional big six rivals this season, they are unbeaten, winning three and drawing twice. For good measure, they have also beaten Chelsea in the League Cup.

Their win against Tottenham in midweek was inspired; their best day under Solskjaer since the 4-0 victory at Old Trafford over Chelsea on the opening weekend. With Jose Mourinho in the opposite dugout, Solskjaer conjured just the right plan to see off his predecessor.

That win came at such a crucial juncture, hot on the heels of Villa, and right before this trip across town to the Etihad.

Had Solskjaer contrived to lose against Mourinho, the clamour for his dismissal would have no doubt grown. But he endures. And again here, at the Etihad, against a far more storied manager, he delivered the goods.

When the statistics are pored over, it will look like City dominated this game. They had far more of the ball, far more territory and far more shots by the end.

But United did what they had to do; getting two goals clear and then covering up and parrying the blows as best they could. In a way, this was the perfect game for them.

It’s not a secret that they prefer to attack from counter-attacking situations. With two of the quickest players in the league either side of Anthony Martial in Marcus Rashford and Daniel James, United’s forwards are always favourites in a foot race against any defence in the country.

Add in the fact that Pep Guardiola situates his full-backs well in advance of the halfway line and you have the ideal conditions for forward raids. And throughout the first half that is exactly what United did.

Through Rashford, Martial, James and Jesse Lingard – who has played himself into excellent form – United tore Manchester City apart on their own turf.

There were goals for Rashford and Martial and plenty more chances besides. With Fred expertly orchestrating the midfield, they executed a dominant game plan that made optimum use of the precious little possession they saw.

Guardiola played right into United hands and City now pay the price. The desperation was clear come the end of the game; they were hurrying to take their corners, one of which was diverted goalwards by Nicolas Otamendi.

The league title has surely slipped from their grasp following one of the most lukewarm of defences? No team has ever come from 14 points back to win the league and Liverpool should not expect City to either.

This is team with problems. First and foremost, they were without Aymeric Laporte and Sergio Aguero. Then, there’s the continued absence of Leroy Sane.

But many of the other issues are of Pep’s own making. He is insisting on fielding Rodrigo as his anchor in midfield despite Fernandinho – even at 34 – being the superior player.

He is using Angelino at left back, even though the player is clearly out of his depth. He has little choice but to persist with Gabriel Jesus as his back-up forward now and the Brazilian is simply not of the class of Aguero. He gave the ball away in the lead-up to the penalty and missed the one golden chance delivered to him by Kevin De Bruyne.

There is also no on-field replacement for Vincent Kompany, for a decade the heartbeat of the club.

These are not issues that Pep can address overnight. He has little choice but to persist and hope for better days to come.

For Solskjaer, this is total vindication. Many were wondering what he was doing in getting rid of players like Romelu Lukaku, Alexis Sanchez and Marouane Fellaini. He was attempting to mould a United side in the way he wanted it; a brave move given the average lifespan of a Premier League manager these days.

But he is – on days like this – proving himself. His defence is solid, his homegrown players hungry and proud to defend the shirt, and his attacking game plan is simple.

Now, after turning over Mourinho and Guardiola in four days, his position looks more secure than ever. What a difference a week makes!