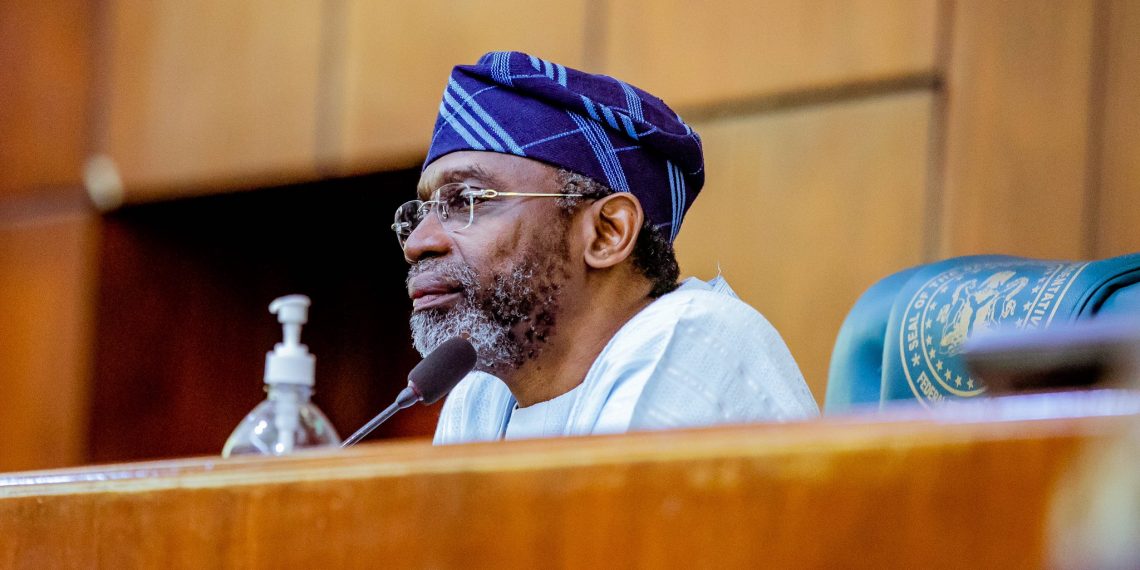 The controversial Control of Infectious Diseases Bill, 2020 being debated on the floor of the House of Representatives will be put to public hearing, the Speaker has said.

Mr Femi Gbajabiamila, who seemed to have bowed to public pressure, stated this during Tuesday’s plenary at the lower chamber of the National Assembly in Abuja.

He said, “The Control of Infectious Diseases Bill will be put forward to a public hearing where stakeholder contributions will be sought to make improvements to the bill before it is reviewed and debated by the Committee of the whole.

“It is from the accumulation of these myriad views, suggestions and good faith critiques from within and outside the House that we will arrive at final legislation that meets the present and future needs of our country, and which we all can support in good conscience,” the speaker added.

He, however, disagreed with those who condemned the timing of the bill, insisting that it was appropriate to enact such a bill at this time.

The speaker also denied claims that the leadership of the House had received $10 million to pass the bill.

He decried that the allegations were weighty, and the House would take legal action.

“Suffice it to say that none of these allegations is true. Unfortunately, we now live in a time when conspiracy theories have gained such currency that genuine endeavours in the public interest can quickly become mischaracterised and misconstrued to raise the spectre of sinister intent and ominous possibility,” Gbajabiamila said.

He added, “In the recent uproar, certain fundamental truths have been lost and are worth remembering.

“Our current framework for the prevention and management of infectious diseases is obsolete and no longer fit for purpose.

“The current law severely constrains the ability of the Federal Government of Nigeria and the Nigeria Centre for Disease Control (NCDC) to take proactive action to prevent the entry into Nigeria of infectious diseases and the management of public health emergencies when they occur.”

Meanwhile, the House admitted members of the Presidential Task Force (PTF) on COVID-19 into the chamber for an update in its efforts so far.

Some of those present included the PTF Chairman and Secretary to the Government of the Federation, Mr Boss Mustapha, Minister of Health, Dr Osagie Ehanire, and the Director-General of Nigeria Centre for Disease Control (NCDC), Dr Chikwe Ihekweazu.

During the session, Gbajabiamila queried Ihekweazu on his statement about not amending law in the middle of a crisis.

in his response, the NCDC boss says he looks forward to a new infectious diseases bill and apologises to the speaker.

Gbajabiamila made the remarks against the backdrop of the controversies that have trailed the bill when it was speedily passed through the first and second readings in the House.

The bill seeks to repeal the Quarantine Act of 2004 to suit modern realities and increase the penalty for violating the Act.

It was sponsored by Gbajabiamila and two other lawmakers – Pascal Obi and Tanko Sununu, and was introduced on the floor of the House on Tuesday last week.

A bid to give the bill a speedy passage through first, second, and third readings suffered a setback as it was resisted by a group of lawmakers present at the previous plenary.

One of the lawmakers who opposed to the speedy passage last week, Nkem Abonta, urged his colleagues to exercise restraint, especially since the bill had yet to be distributed to members as of then.

He feared the bill would give too much powers to the Nigeria Centre for Disease Control (NCDC), such as the compulsory vaccination of Nigerians.

Abonta stated that this could be an infringement on the human rights of citizens and pleaded that consideration of the bill be suspended until members were familiar with its full content.

According to him, the bill is a long-term measure against diseases in the country and not for the ravaging COVID-19 pandemic.

Gbajabiamila, on his part, explained that the bill would further empower the NCDC to deal better with diseases in the future.

The bill, however, scaled the first and second readings despite huge dissenting voices in the House when it was put to a voice vote.