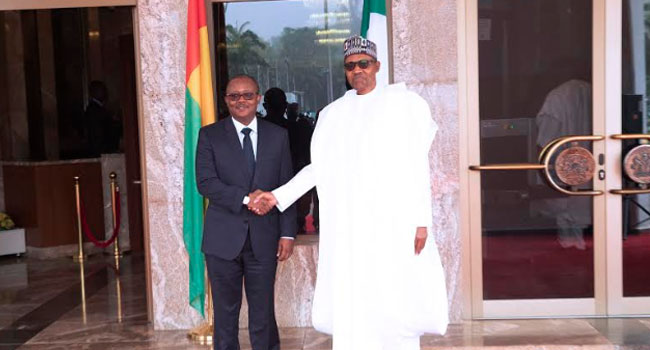 The President of Guinea Bissau, Umaro Sissoco Embalo, on Friday visited President Muhammadu Buhari at the State House in Abuja.

President Mbalo during his visit praised the role Nigeria played in his country describing Nigeria as a symbol of democracy.

He declared this position at the end of a short visit to the Aso Rock Villa.

Mr Mbalo who spoke through an interpreter says the people of his country voted for him blaming the dispute in the election to what he called a mistake.

See photos from the visit below…