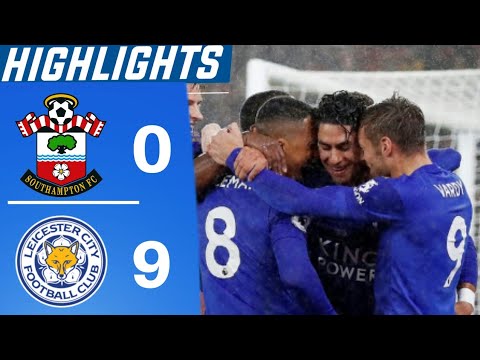 Leicester City equalled the 24-year-old record for the biggest ever Premier League victory as dismal 10-man Southampton were dismantled at a rainswept St Mary’s.

The result, which matches Manchester United’s 9-0 win against Ipswich in 1995, was only confirmed in stoppage time thanks to Jamie Vardy’s