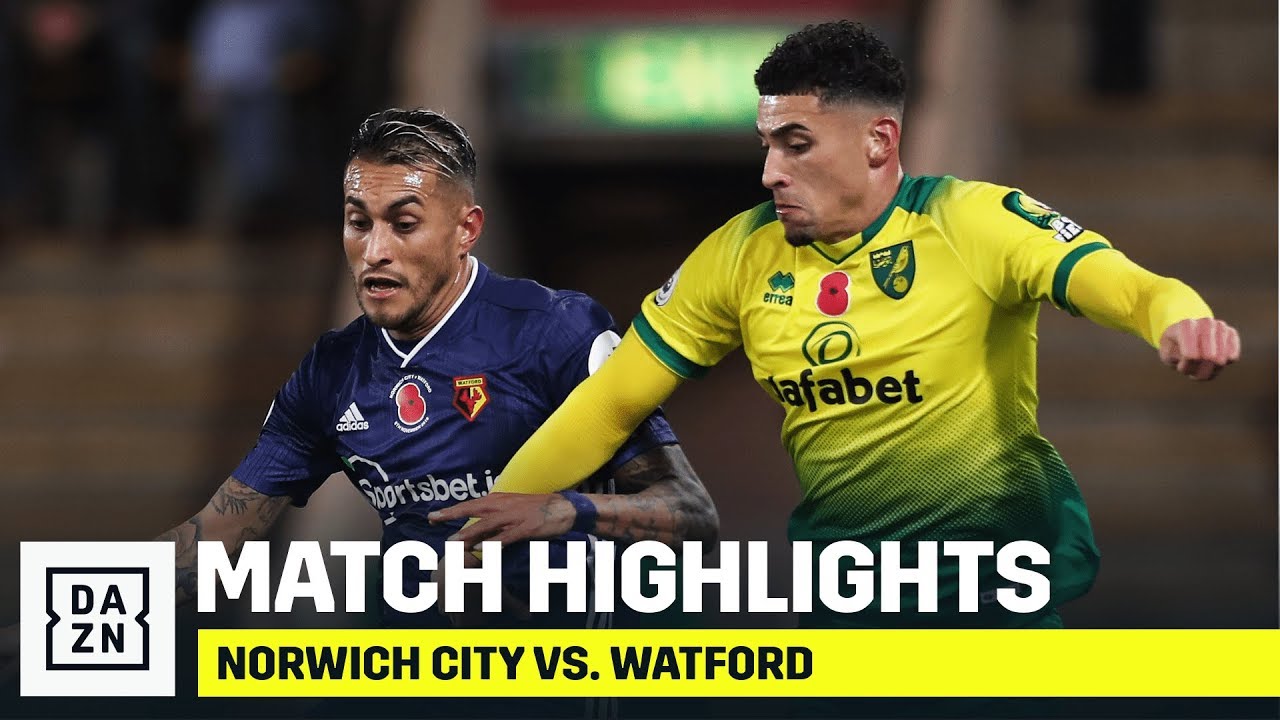 TOM FARMERY AT CARROW ROAD: Seventy-six seconds was all it took to inject some positivity into what has been a troubled start to Quique Sanchez Flores’ second spell at Watford.

Gerard Deulofeu, speaking after the game:
‘It’s been a long time without a win – today was a big final for us, because if we don’t get the three points maybe we stay their all season!’

‘Three points, and we have to continue…’

Deulofeu then struggles to speak as the away fans sing his name!

The Spaniard is also named the man-of-the-match!.

Huge win for Watford, who leapfrog their opponents in the Premier League!

Gerard Deulofeu’s early goal set the Hornets on their way, and substitute Andre Gray’s improvised finish saw the game out to give Quique Sanchez Flores his first Premier League victory of the season!

A poor day at the office for Daniel Farke and Norwich, who are now bottom of the league on seven points, with Watford now on eight and up to 18th in the table!