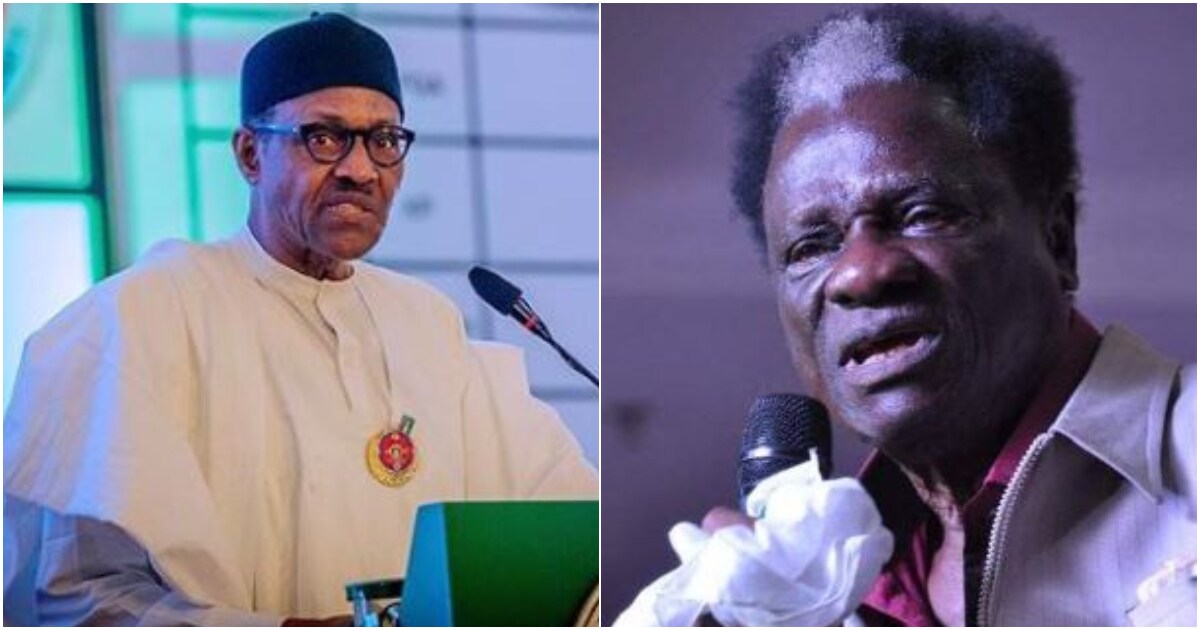 In a statement by his Special Adviser on Media and Publicity, Femi Adesina, the President paid tributes to the 89-year-old who died on Wednesday.

He also condoled with the family, friends and all lovers of vintage highlife music as played by Dr Olaiya.

President Buhari noted that the highlife maestro, known for his mastery of the trumpet, brought joy and delight to people across generations, with his songs which were both entertaining and didactic.

“His (Olaiya’s) place in history is guaranteed,” he said, adding, “He sang, not just for the entertainment value, but also taught critical lessons on life, good neighbourliness, and national cohesion. He will be sorely missed.”

The President urged the younger generations of musicians to learn from Olaiya and ensure their songs remain evergreen and outlive them.

He noted that the departed musician’s works transcended Nigeria, the West Coast, as well as the African continent.

President Buhari prayed that God would grant Olaiya’s soul rest and comfort all those who mourn him.

Michael Odiong of the record label that holds his music repertoire, Premiere Music, confirmed his death to Channels Television.

Papingo Dalaya, as the highlife maestro is called, was born on December 31, 1930, in Calabar, the Cross River State capital but hails from Ijesha-Ishu, Ekiti State.