The National Coordinator Nigeria Farmers Group and Cooperative Society (NFGCS) Mr Retson Tedheke has said they were able to grow a N1.5 million investment in agriculture to N2 billion in two years following the commitment of cooperative members and support from the Federal Government.

Tedheke who was a former Niger Delta Militant while briefing journalists in the farm covering over 3000 hectares near Keffi, Nasarawa State, said after President Muhammadu Buhari called on youths to engage in agriculture, he abandoned activism and formed an agricultural cooperative with people who shared his vision.

He said in 2017, they secured a N1.5 million grant from Kia Kia Bits Limited @kiakia_co which they used in clearing 10 hectares of land they leased from the community around the farm and also took care of their staff welfare.

“A tractor clears a hectare of land per day, so with N1.5 million, our calculation was that we are going to clear at least 10 hectares from the 3 hectares the community gave to us and the 50 hectares we lease immediately.

“So, we paid N1.2 million for bulldozers and we had the rest coming in for staff welfare and the rest. Before the end of May 2017, members of the cooperative had contributed over 10 million, just between April and May from N1.5 million, we generated over N1 million, before August, other members within the cooperative who believed in the dream had brought in over N100 million within a period of 4 months. So, N1.5 million was the originating seed, that was how we started”, he explained. 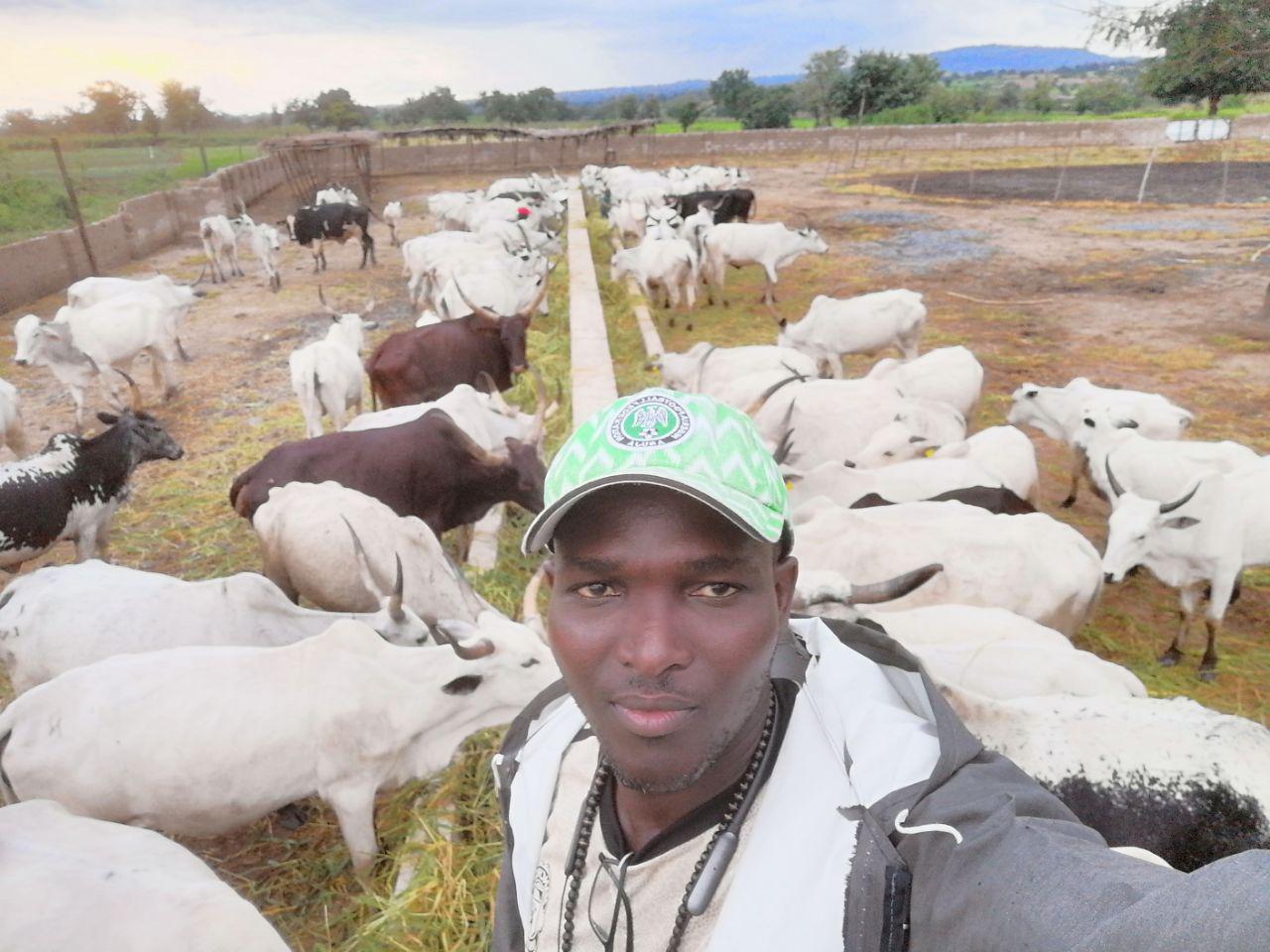 Recalled that the Vice President, Professor Yemi Osinbajo recently visited the farm where after evaluation of the investment on the ground, he declared that the farm worth N1 billion.

In 2017, Reston Tedheke started a farm with 1.5 Million Naira & today, it is worth about 1 Billion Naira

Visiting Reston’s farm, I saw a story of national unity and integration: a man from Bayelsa who relocated to the NorthCentral & got free land from the local community. pic.twitter.com/mUWObfzoZX

While narrating how they started, Tedheke said in 2017, they planted only Maize, but they encountered a serious set back after the price of Maize crashed, but they were again supported by Kia Kia Bit Limited.

He, however, said currently, they have over 500 animals, 100 ton per day rice mill, construction of facilities to accommodate 10,000 animals and plans with the Nasarawa government to cultivate 1000 hectares of kenaf.

“As at today, we have a capacity for a 100 tons per day rice mill, and we are increasing that capacity to over 1000 tons per day between now and the middle of 2020, we are opening up kenaf plantation. Nigeria spends about $600 million importing Kenaf, we are discussing with the Nasarawa State government to plant 1000 hectares of Kenaf.

“We are planning to have a feed mill as we speak, we are bringing in soybean oil mill and groundnut oil mill, all of these machines are already on the ground, and we are talking about 3000 hectares open”, he said.

He, therefore, said “I think the Vice President undervalued us when you look at what we have as a concept. If we really want to sit down based on our audited reporting transactions and our activities in the last two years, financially we are doing over N1.5 billion, asset wise, we are doing over N500 million”.

On job creation, Tedheke said “every farming season we have between 250 to 350 persons working here every day, about 100 of the workers are permanent staff, 200 of them are temporary staff that we switch when activities are high, we maintain them for a period of time.

“During harvest, we increase the number to between 500 to 700 because we do the majority of the harvest manually, we have not been able to procure heavy machines for harvesting.

“The good thing about the core of our workforce is that 99 per cent of them are indigenes. The unique thing about the animals that we have is that it is 100 per cent managed by the Fulanis. We have 30 Fulanis working on the farm”.

On the support from the government, Tedheke said the only support they got was from the Ministry of Agriculture on subsidized machines where they were given over 90 per cent discount.

“So, a rice mill that will ordinarily cost you about N30 million in the market, we are getting it from the ministry of Agriculture for close to 200 per cent discounted rate that is the only area we are getting support”, he added.

JUNE 12: WE ARE NOT AWARE OF ANY PLANNED PROTEST IN LAGOS | POLICE