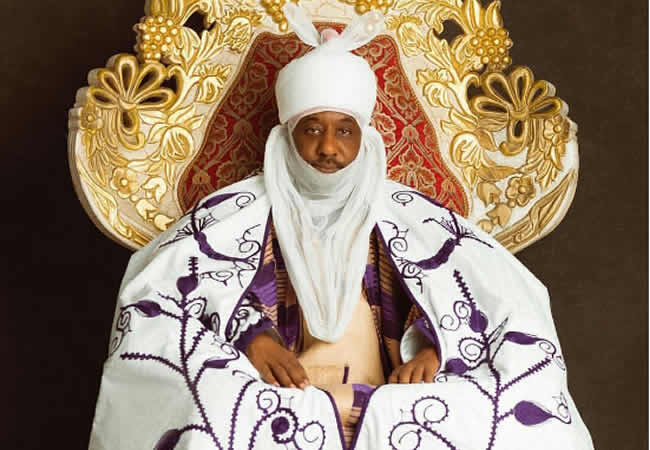 Former Emir of Kano, Muhammad Sanusi II, has faulted the Kano State government over the issuance of his dethronement letter.

Sanusi in a video circulating online said he is moving on and doesn’t want to go back to the throne following his banishment.

According to the deposed Emir, his removal was so badly done that he could have challenged it in court if he wanted the throne back.

“I have done what I could in six years, I’m moving on. I don’t want to go back. The truth is, if I had wanted to go back, the dethronement letter was so badly written, it was not done professionally. The easiest thing is just to go to court.

“It’s a simple, fair hearing, ‘did you query him? Did you ask him to defend himself? Did you even call him to ask him any question?’ That’s all but I think we should go on to a new phase in life,” he said.

His remark comes after a Federal High Court sitting in Abuja granted an interim order seeking his release from detention in Nasarawa.

Justice Anwuli Chikere granted the order in line with the prayers on the exparte motion filed on behalf of the deposed Emir by Mr Lateef Fagbemi SAN.

The former Emir had on Thursday approached the court seeking an interim order of the court directing his immediate release from detention.

On Monday, Sanusi was dethroned as Emir by the Kano state government, which accused him of insubordination.

However, Mr Sanusi’s supporters believe his sack was motivated by his frosty relationship with Governor Abdullahi Ganduje.