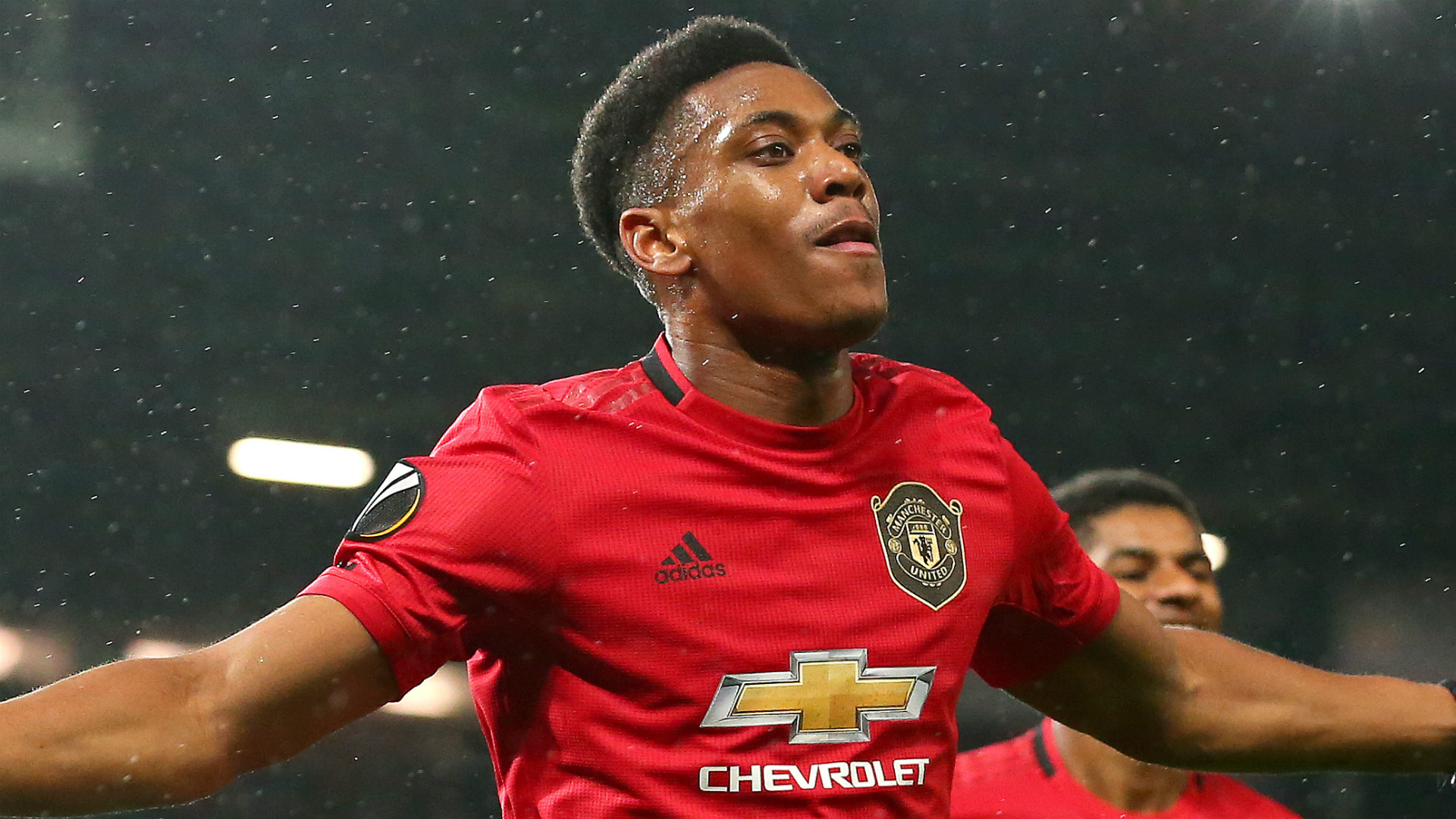 The Frenchman claims he has “evolved” as a player since moving to Old Trafford and is eager to show how “mature” he has become
Anthony Martial is eager to prove that he is “one of the best strikers in the Premier League” after entering his fifth full season at Manchester United.

More than a few eyebrows were raised when Louis van Gaal brought a relatively unknown French winger to Old Trafford for an initial £36 million ($47m) fee in September 2015.

However, any fears Martial would struggle to adapt to English football were quashed when he came off the bench to score a superb individual goal in a 3-1 home win over Liverpool, completing one of the most memorable debuts of the modern Premier League era.

He has since established himself as a key member of United’s starting XI, racking up 186 appearances in total and contributing 53 goals across all competitions.

Martial has been asked to take up a central striker role under the stewardship of Ole Gunnar Solskjaer this season, after the Norwegian opted to offload Romelu Lukaku and Alexis Sanchez to Italian giants Inter during the summer window.

Solskjaer expressed a desire to inject raw pace into his team, with Marcus Rashford and Daniel James lining up on the flanks to provide service for Martial, but the 23-year-old has only managed to score three goals in nine Premier League outings this term.

Martial acknowledges the fact that he still needs to prove he can deliver the goods on a consistent basis, but feels he has “blossomed” into an elite player during his time in Manchester.

“When I arrived at the club, I was just a young player,” the France international told the United Review.

“I still hadn’t had the benefit of a proper full season as a professional first-team player in my legs. But now it’s my fifth season here, so now I have to prove and to show that I have evolved as a player and blossomed into one of the best strikers in the Premier League.

“When I came here I was still just a kid, and now I’ve grown up and I’ve become a lot more mature. Nowadays, I feel so much better in myself.”

Martial went on to praise £15 million ($19m) winger James, who has adapted to his new surroundings at Old Trafford quickly since joining the club from Championship outfit Swansea in June.

“He’s a player who is blessed with incredible pace,” said Martial. “He really is unbelievably fast and yet he is also someone who is able to choose the right option. In spite of all that pace, he doesn’t lose control, he keeps his head and then often manages to make the right choice.

“That’s a big plus for a forward player as that way he can make assists for us all. He really is a top player and someone I wasn’t aware of before, so quite honestly, that makes him a great addition.”

United are back in Premier League action against Tottenham at Old Trafford on Wednesday night, with Jose Mourinho set to return to the club in the opposite dugout 11 months after being sacked.

Spurs slipped to 14th in the Premier League table during Mauricio Pochettino’s last few months at the club, failing to build on a Champions League final appearance back in June.

Martial was “surprised” by Tottenham’s poor start to the season, but expects them to emerge as a major force once again given the number of “great players” within their squad.

“I have been surprised because they had a good season last time around and managed to make it to the Champions League final, so I was expecting them to be doing better,” Martial added.

“But I’m sure they will manage to bounce back and climb up the table. I have no doubts that they will because they have a good side with some great players.”