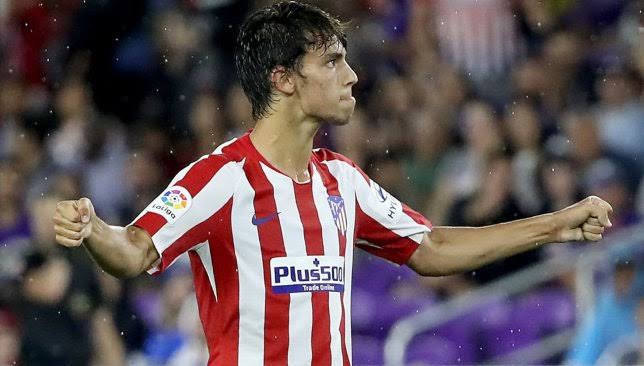 The young star has shown signs of recapturing top form, and his head coach is eager for the forward to perform at an even higher level

Diego Simeone has responded to calls for Joao Felix to be given a more important role with Atletico Madrid by insisting he too wants to see the player in top form in every match.
The 20-year-old forward, a €126 million signing from Benfica in the previous transfer window, scored a penalty during a strong performance in the 2-0 win over Lokomotiv Moscow on Wednesday that secured Atleti’s place in the last 16 of the Champions League.
It was Joao Felix’s most promising display since he returned from an ankle injury that saw him miss six matches, in which Simeone’s side were criticised for a lack of cutting edge in attack.

There are calls for the Portugal international to start Saturday’s La Liga match against Osasuna as the linchpin of the attack once more, as Atleti aim for what would be just a fourth win in 14 league games.
Simeone, too, is eager to unleash Joao Felix and see him maintain his level of form.
“I also want to see him every day and want to see him in the best form possible, no doubt about that,” he told reporters on Friday.
“We know what we need to do to improve in La Liga. We have a tough opponent, who have come up into the Primera Division in a very strong way, with great collective work.
“Beyond the criticism and the opinions, we’re looking for routes to get us back to having balance. This balance is more clear now, and with more regularity across the 90 minutes, there are more chances to win.”
Simeone also confirmed discussions are under way as to Atletico’s plans for the January transfer window.
They are rumoured to be prepared to go back in for Valencia striker Rodrigo Moreno, while Barcelona’s Ivan Rakitic and Tottenham’s Christian Eriksen have also been linked, as has Torino forward Andrea Belotti.
“As always, we’re talking with [CEO] Miguel Angel [Gil Marin] and with [sporting director] Andrea [Berta] about what the team needs,” Simeone said. “But I’m only thinking about Osasuna.”
Atleti are seventh in the table after 16 matches, eight points behind both leaders Barcelona and second-placed Real Madrid, having played a game more.