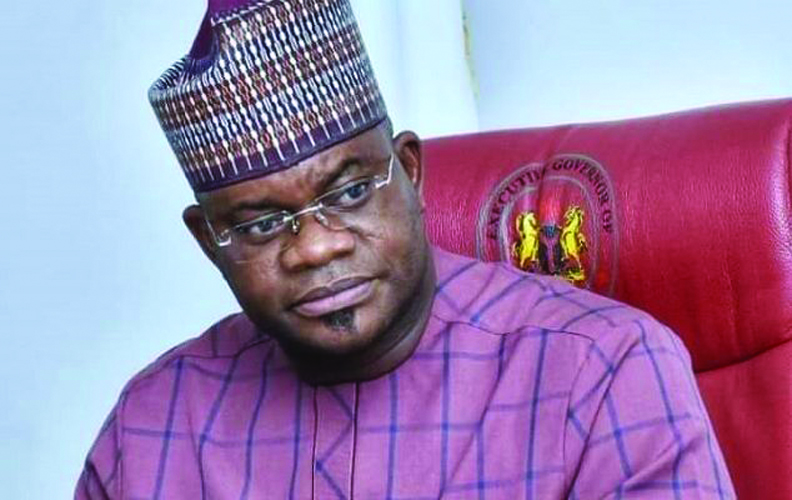 Gov. Yahaya Bello of Kogi was on Monday inaugurated for a second term in office with a pledge to develop the state into Nigeria’s foremost and most secure emerging commercial hub. Bello made the pledge after his inauguration in Government House, Lokoja, as the Oath of Office and Allegiance was administered on him by Chief Judge of the state, Justice Nasiru Ajanah (CON).

Bello said the transformation would be done through optimisation of the natural environment and human resources for a sustainable future. “The “Let’s Do More” mantra of my electioneering campaign stood on three operating principles of Partnerships, Progress and Prosperity which will underpin my new term of office.

“We shall embark on large scale urban renewal projects to further transform Lokoja into a resilient capital city with modern utilities attractive to residents and tourists alike. “Though upgrading the sights and sounds of looking will be paramount, this beautification project will extend to at least one major town in each senatorial district,’’ he said. Bello hinted that his new direction government, during the second term would also sustain its focus on agriculture for improved food security, mass employment and increase in Internally Generated Revenue (IGR).

The governor who attributed his electoral victory to providence pledged that agricultural revolution which started in the first tenure would be taken to the next level. “Specifically, Rice, Cassava, Cashew, Aquaculture and Livestock will remain the bedrock of our activities in the agricultural sector,’’ he said. He said that in addition to the state-owned rice mill at Ejiba, the government would work to see more rice mills built by private investors in the state, increase land cultivation of rice and facilitate off-taker agreements for local growers.

“We want to make Confluence Rice the dominant brand at least in the home market. Nigeria is the largest cassava grower. We will add 500,000 new cassava farmers from our populace into our initiatives around this amazing crop during this second term. “We also plan to build the nation’s largest ethanol plant in Kogi for the production of ethanol fuel from cassava,’’ he added.