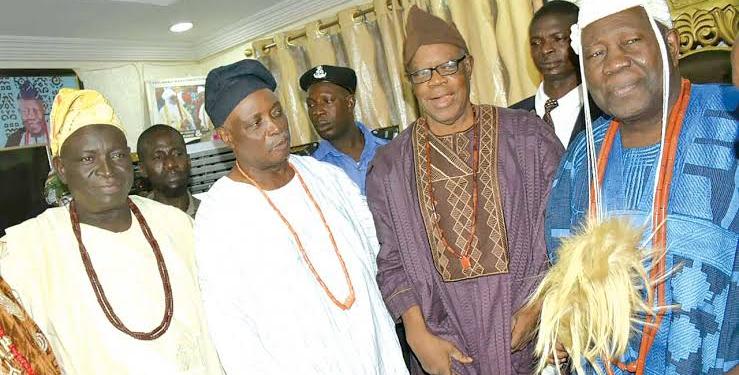 The crisis rocking the Ibadan traditional institution took a new turn on Sunday as the embattled members of the Olubadan-in-Council accused the Olubadan of Ibadan, Oba Saliu Adetunji, of monetising traditional titles.

In a four-page letter, copy of which was made available to journalists in Ibadan on Sunday, the chiefs, who were promoted to obas by a former governor of the state, Abiola Ajimobi, expressed regret at the turn of events.

The statement read, “Ever before the immediate past administration in the state initiated the review of the Ibadan Traditional Chieftaincy Declaration in 2017, two main issues had drawn a wedge between the palace and the members of the Olubadan-in-Council.

“We are not aware of any of the Olubadans in the history of Ibadanland whose wives and family members were made members of Olubadan-in-Council. Our attempt to check this anomaly, through protest, was rebuffed and our personalities verbally attacked and recriminated by the Oloris in the presence of your Imperial Majesty without a word of caution.”

It added, “The other issue which drew our ire and which was a reflection of the denial of our patriotic contributions at the Olubadan-in-Council meetings was the criminal commercialisation of Ibadan traditional titles the moment Your Imperial Majesty ascended the throne of Olubadan, which was a sharp departure from what we all agreed to and practised during the reign of your predecessor.

‘’It sounds odd, unthinkable and unimaginable that people now pay as much as N30m to be installed as a traditional chief in Ibadanland. This is against one’s antecedents and family contributions to the development of Ibadanland, which are the traditional yardsticks to measure qualification for installation.

“The implication of this ‘cash and carry’ approach is the installation of some people with questionable moral background at the expense of decent and genuine people with proven track record and whose genuine and verifiable source of income could not meet the demand of the palace.”

The letter also alleged that the highest bidder approach led to the installation of two or three Mogajis for the same family, “while two or more baales are appointed for some towns and settlements following which some aggrieved persons are already in court to challenge your Imperial Majesty. If we may ask, what kind of future is our revered monarch building for Ibadanland?”