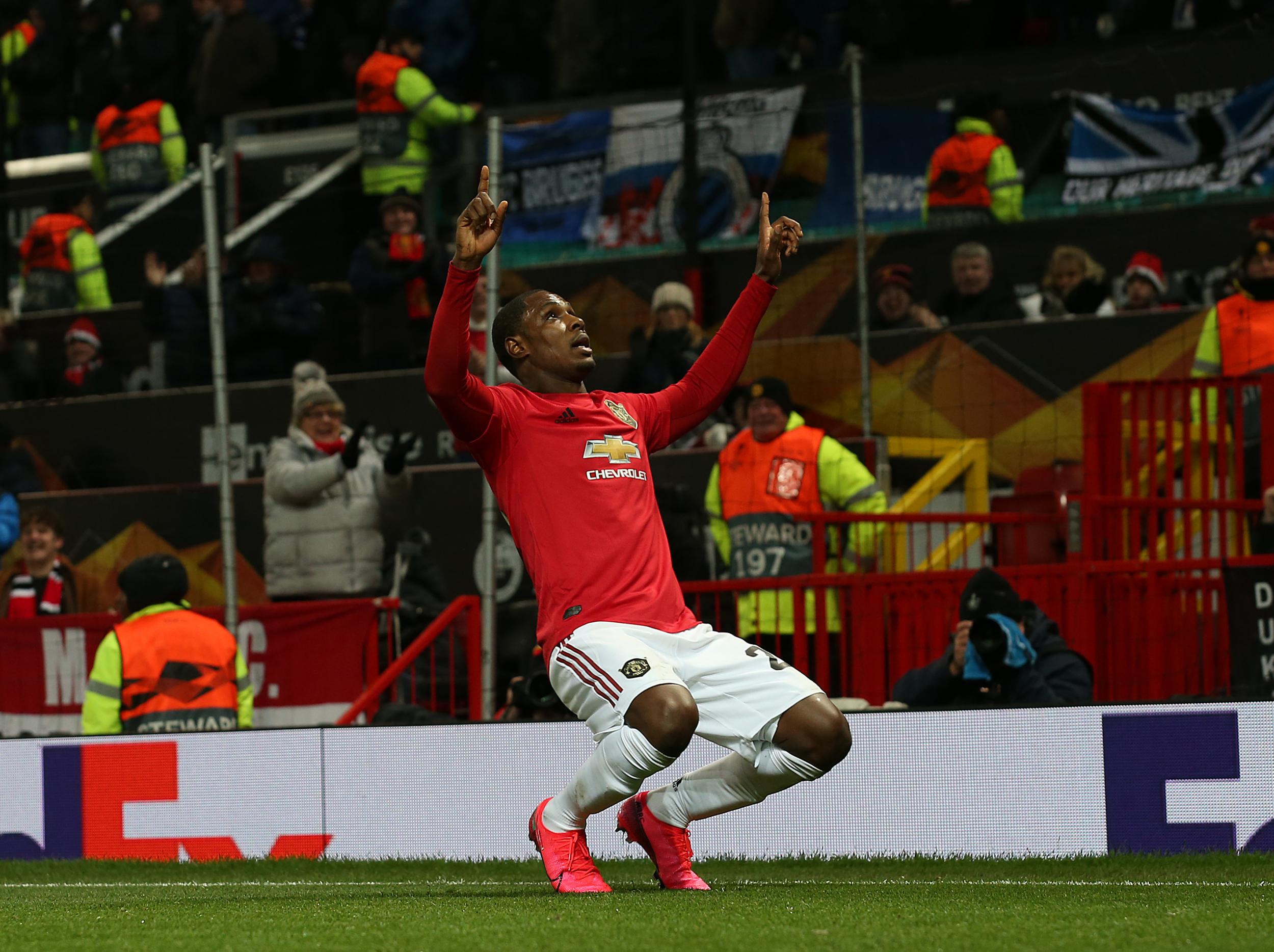 The ex-Nigeria international is up and running as a Red Devils player, with his account opened during Thursday’s Europa League clash

Odion Ighalo opened his Manchester United account in the Red Devils’ Europa League game against Club Brugge, becoming the first Nigerian to do so for the Old Trafford giants.

was the striker’s first start for Ole Gunnar Solskjaer’s men following his shock loan move from Shanghai Shenhua as a replacement for injured Marcus Rashford.

He returned to England following a stint with Watford, but has had to be patient in a bid to open his account for the Red Devils.

That wait has now come to a close, with Ighalo finding the target in his third outing, this time against the Belgians.

With Bruno Fernandes firing the English side ahead after 27 minutes of action, the ex-Nigeria international found himself in the right place at the right time to prod home Juan Mata’s assist.

Fernandes twisted and turned on the edge of the area before floating a lofted through ball down the right side of the box for Mata. The ex-Chelsea man cut it back and the Nigerian was quickest to react to score from close range.

His trademark celebration was quickly wheeled out, with a clear sense of relief as Ighalo went through his well-rehearsed routine.

Thanks to his effort, he becomes the first Nigerian to score for United as well as the first African player to score for the club in all competitions since Eric Bailly in August 2017.

1 – Odion Ighalo is the first African player to score for Manchester United in all competitions since Eric Bailly in August 2017 against Swansewa in the Premier League. Super. #UEFAEuropaLeague