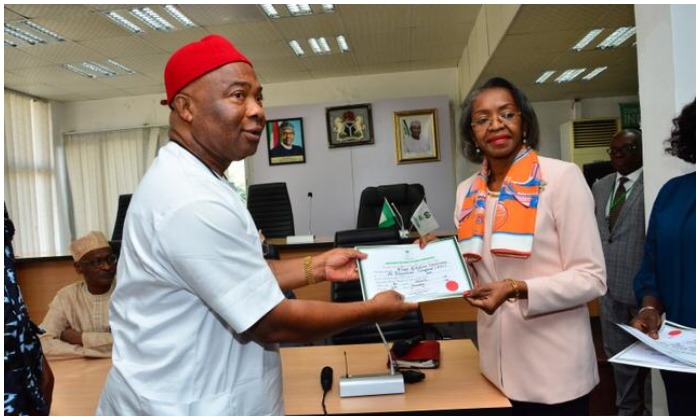 The Independent National Electoral Commission, on Wednesday, gave Certificate of Return to Senator Hope Uzodinma after the sacking of Governor Emeka Ihedioha by the Supreme Court.

Recall that INEC initially said it would not issue a Certificate of Return to Uzodinma because it had not been served the enrolled order of the Supreme Court judgement which sacked Governor Emeka Ihedioha of Imo State.

Uzodinma was said to have received the CoR without much ceremony at the INEC Headquarters in Abuja.

The Chief Press Secretary of INEC chairman, Rotimi Oyekanmi, confirmed that Uzodinma has received the document.