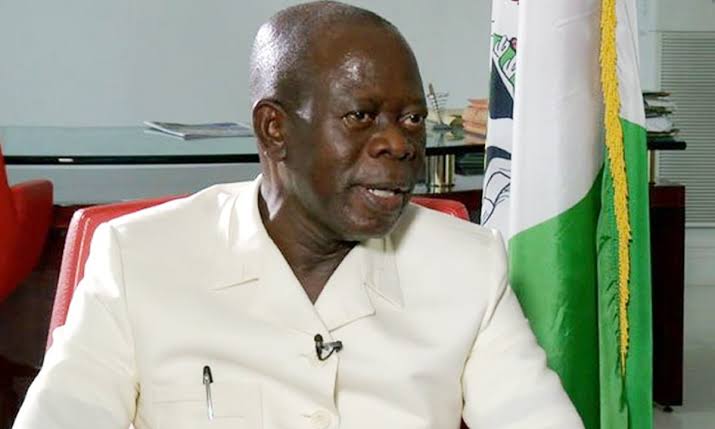 The Independent National Electoral Commission on Sunday ruled out any fresh governorship election in Bayelsa State as requested by the All Progressives Congress.

INEC’s Director of Voter Education and Publicity, Oluwole Osaze-Uzzi, in an interview with one of our correspondents in Abuja, dismissed the APC’s demand for a fresh governorship poll in Bayelsa State.

He said the commission on Friday concluded its work on the Bayelsa State governorship poll.

Also, top officials of INEC, who confided in The PUNCH on Sunday, said the commission had never granted such a request and that of the APC would not be the first.

One of the officials said, “The APC is asking for what is not possible. The party should forget a fresh governorship election in Bayelsa State.”

The APC National Chairman, Adams Oshiomhole, had in a letter dated February 14, 2020 and addressed to the INEC Chairman, Mahmood Yakubu, called for a fresh election in Bayelsa State.

The APC national chairman said the swearing-in of the candidate of the Peoples Democratic Party, Douye Diri, as the state governor was unconstitutional as he did not meet the mandatory constitutional requirements.

The party said although the Supreme Court nullified its candidate, David Lyon’s victory, it stated that Diri also failed to meet the mandatory requirements to become governor.

It said the court judgment did not void the votes of the APC in the November 16, 2019 governorship poll in Bayelsa State. It, therefore, said its votes must be reckoned with.

The APC had said, ‘‘We are aware that Section 179(1)(b) of the 1999 Constitution of the Federal Republic of Nigeria mandatorily requires a candidate for an election to the office of governor of a state to have not less than one quarter of the votes cast at the election in each of at least two thirds of all the local government areas in the state before the candidate can be deemed to have been duly elected as the governor of the state. This mandatory requirement was affirmed by the Supreme Court in the judgment under reference.”

The Supreme Court had on Thursday nullified the candidacy of Lyon and his running mate, Biobarakuma Degi-Eremienyo, on the grounds that Degi-Eremienyo presented false information about his educational qualifications in his Form CF001 submitted to INEC as a candidate for the 2019 election.

Justice Ejembi Ekwo, who read the lead judgment, had said Degi-Eremienyo’s disqualification on the basis of submitting false information to INEC had infected the joint ticket with which he and Lyon contested the election and emerged victorious.

Shortly after the judgment was delivered, Oshiomhole had vowed that Diri would not be sworn in as the Bayelsa State governor because he did not meet the constitutional spread of votes in the governorship poll.

But in their swift reactions, the PDP and the Rivers State Governor, Nyesom Wike, dismissed the APC national chairman’s claim and insisted that Diri would be inaugurated.

After a meeting of its top management on Friday, INEC, at a press conference confirmed that Diri met the constitutional requirements.

It argued that votes of the APC candidates had been invalidated by the apex court judgment. It, therefore, presented a certificate of return to Diri, who was sworn in as the fifth governor of Bayelsa State on Friday.

After the declaration, our work is done – INEC

When asked if and when the commission would meet to deliberate on the APC’s letter seeking a fresh governorship election in Bayelsa State, INEC Director of Voter Education and Publicity, Osaze-Uzzi, dismissed the party’s demand.

Osaze-Uzzi asked, “Fresh election to which office or seat?” When our correspondent reminded him that it (the fres