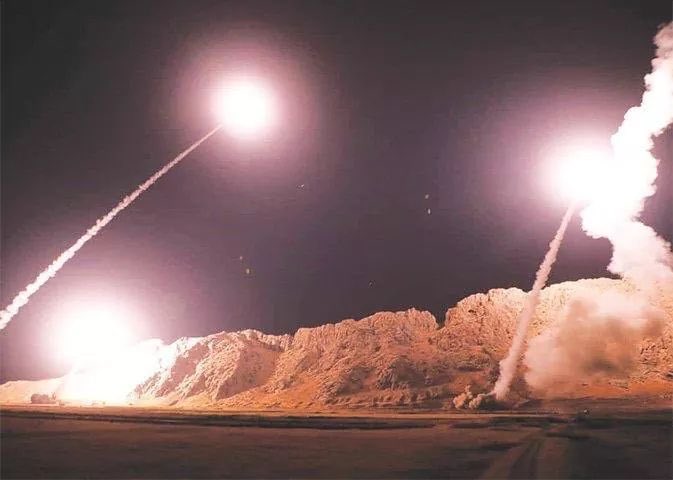 The rockets fired at the Ain al-Asad base in Anbar province and a base in Erbil early on Wednesday came amid escalating tensions between Tehran and Washington.

Iran launches missile attacks on US facilities in Iraq

Here are all of the latest updates as of Wednesday, January 8:

Denmark says none of its soldiers wounded or killed

The Danish armed forces said in a Twitter post none of its soldiers were wounded or killed in the missile strike on the Al-Asad airbase.

Denmark has about 130 soldiers at the base as part of the international coalition fighting the Islamic State of Iraq and the Levant (ISIL or ISIS) armed group.

Iranian state television said that at least 80 “American terrorists” were killed in attacks involving 15 missiles Tehran launched on US targets in Iraq, adding that none of the missiles were intercepted.

State TV, citing a senior Revolutionary Guards source, also said Iran had 100 other targets in the region in its sights if Washington took any retaliatory measures.

It also said US helicopters and military equipment were “severely damaged”.

“In view of the prevailing situation in Iraq, Indian nationals are advised to avoid all non-essential travel to Iraq until further notification,” India’s foreign ministry said in a statement.

“Indian nationals residing in Iraq are advised to be alert and may avoid travel within Iraq,” it said, adding that the Indian embassy in Baghdad and consulate in Erbil remain operational.

Those already in Iraq are advised to remain in close contact with Pakistan’s embassy in Baghdad.

Japan urged a return to diplomacy and called on governments to do their utmost to help ease tensions following the Iranian missile attack at bases in Iraq used by US forces.

Japanese Chief Cabinet spokesman Yoshihide Suga said the government would “coordinate with the related governments to collect intelligence while we ensure the safety of Japanese citizens in the region.”

“Japan will also urge all related nations to do their utmost diplomatic effort to improve the relations,” he added.

US security posture in UAE unchanged after Iraq attacks – official

The United States has maintained its security posture in key ally the United Arab Emirates, a spokesperson from the US embassy said.

“The US security posture in the UAE has not changed,” the spokesperson told Reuters.

Oil prices surged after the Iran attack on US forces in Iraq, raising the prospect of a regional conflagration that could disrupt oil supplies. Stocks fell sharply.

The price of gold soared in the wake of the Iran attacks as investors worried about further escalations [File: Tamara Abdul Hadi/Reuters]
The price of gold also shot higher, rising 1.91 percent on the spot market to $1,603.93 per ounce ($30,161.88 per gramme) as investors rushed for safe-haven investments.

The rockets come less than a week after the US killing of Iranian military commander Qassem Soleimani in Iraq.