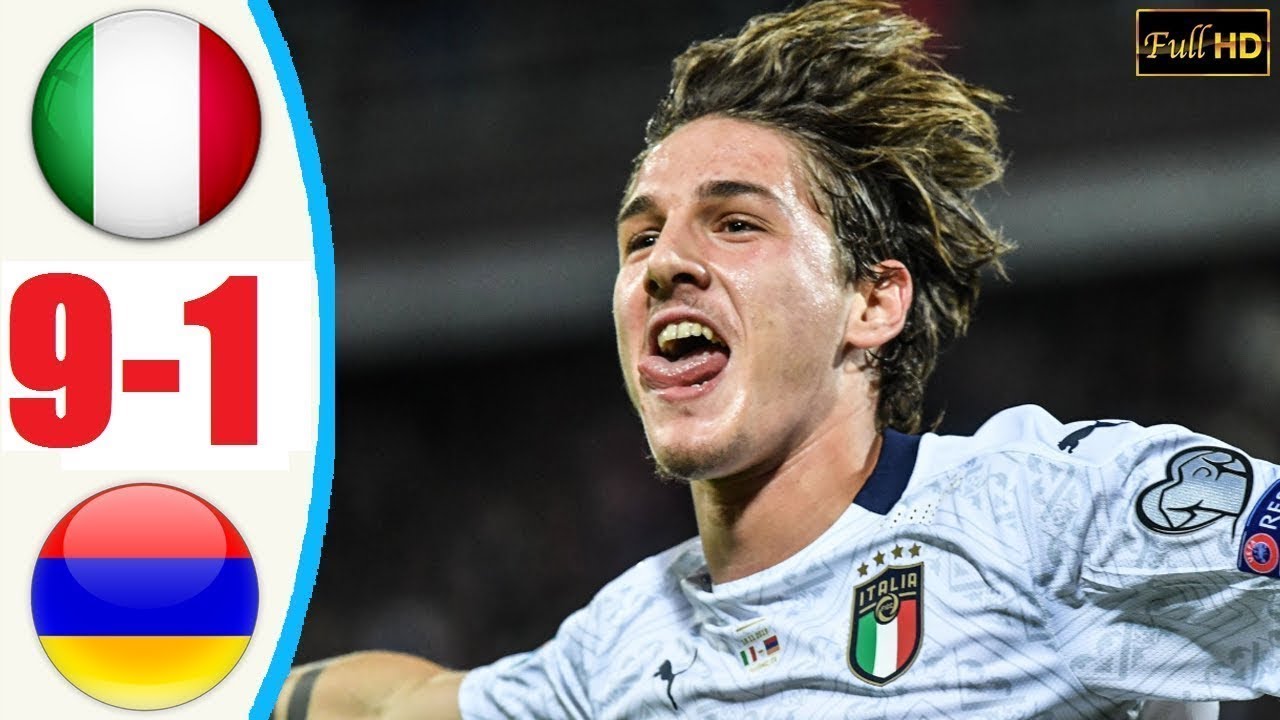 Roberto Mancini’s side wrapped-up a perfect qualifying campaign in style, re-writing the record books in the process

For the first time in their history Italy had seven different scorers in one game, with the victory also meaning they won all of their games in a World Cup or European Championship qualifying campaign for the first time.

Ciro Immobile and Nicolo Zaniolo were the only players to hit the back of the net more than once, with Nicolo Barella, Alessio Romagnoli, Jorginho, Federico Chiesa and debutant Riccardo Orsolini also on target for the Azzurri.