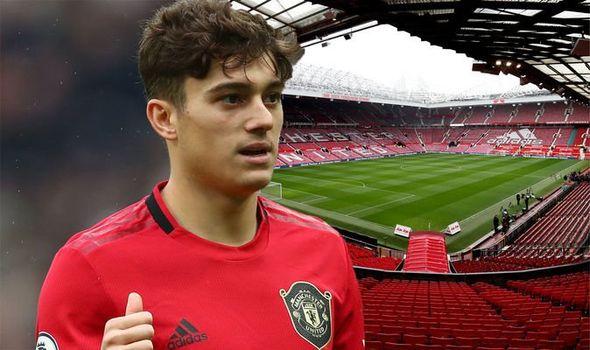 Marcus Rashford has hailed the start Daniel James has made at Manchester United, saying the Wales international has been ‘brilliant’ since his summer arrival.

James joined the Red Devils from Swansea City in the summer and though many expected the 22-year-old to be bedded in slowly, he has instead become a vital part of Ole Gunnar Solskjaer’s team.

Through 21 Premier League appearances, James has scored three goals and added six assists as his pace and service from the flank has proved to be a consistent threat.

Rashford, who as United’s leading goalscorer has been the beneficiary of James’ service on more than one occasion, has said the winger has hugely impressed in his first half-season with the club.

“Dan has been brilliant since he came in,” Rashford told United’s official matchday programme. “He works hard in every single game and, when it comes down to it, that is all you can ask of each player – to give it all they’ve got.

“He definitely does that and, if we can adapt more to his playing style, he can cause some teams nightmares down the right-hand side, as we’ve seen in some games this season.

“But I like his deliveries as well. He takes his time and doesn’t just cross it. He lifts his head up and tries to pick you out. It’s these little things that, as time goes on, he will definitely improve on and build on.”

Rashford has seen first-hand the impact of a quality delivery from James, with the winger assisting Rashford’s goals against Liverpool, Norwich City, Sheffield United and Burnley.

James has said that he joined Man Utd to win trophies, and the club still have several chances to do so this season despite being well off the pace in the Premier League.

United trail Manchester City 3-1 after the first leg of their Carabao Cup semi-final, while Solskjaer’s men will face Wolves in an FA Cup third-round replay on Wednesday.

The Red Devils have also advanced to the last 32 of the Europa League, and will face Belgian outfit Club Brugge in a two-legged tie next month.

United, who currently sit fifth in the Premier League, face a daunting trip to Anfield on Sunday to face runaway league leaders Liverpool.